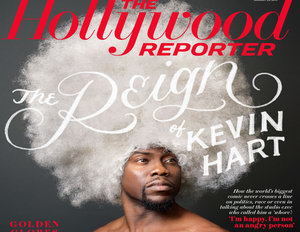 “How has my success or fame changed my life? It hasn’t. At the end of the day. I keep my surroundings the same, which in return keeps me the same. I don’t see that changing anytime soon,” Kevin Hart told the Hollywood Reporter. The “Wedding Ringer” actor shared his thoughts on several topics such as Bill Cosby, his exchange between Sony’s Screen Gems president Clint Culpepper, whether there are equal opportunities for African Americans in the film and television world, and how he manages to avoid controversy. Hart also states that on his days off from work, he spends his time with his children, which happens to be a bigger job for him compared to his successful career in film.

The entertainer, who landed the cover, also opened up on his beliefs on equal opportunity and racism. Hart, who counts Eddie Murphy and Seinfield as industry role models, says that while racism does exist, those who search for it will find it more than those who don’t search for negativity.

Regarding the Bill Cosby sexual assault allegations, Hart states, “Right now, it’s a lot of speculation. All I can do is just say my prayers, and my wishes go out to all of the women who are potentially involved. His personal life has nothing to do with me. I can’t control it. I will never try. It doesn’t stop me from being an admirer of his work. His work and his personal life are two separate things.”

Hart also speaks about his DUI, comedy tours, his aspirations, and more. Watch the full clip below.