WASHINGTON (AP) – Rep. Maxine Waters is asking a House ethics panel to hold her trial before the November congressional elections.

The California Democrat has been charged with ethics violations for asking regulators to help a bank in which her husband had a financial interest.

Waters also asked the House ethics committee to release the specific charges against her, and she said she was “deeply concerned” that the committee had not announced a date for a public hearing.

The committee was following standard practice this week when it issued a statement saying Waters has been charged but did not specify the allegations pending the first meeting of the eight lawmakers who will try her case.

Waters said again she had not violated any House rules.

Copyright 2010 The Associated Press. All rights reserved. This material may not be published, broadcast, rewritten, or redistributed.

Kids & Money: How to Put Stocks in Your Childâ€™s Name 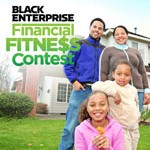 Why Black Enterprise Gave Away A Quarter Million Dollars