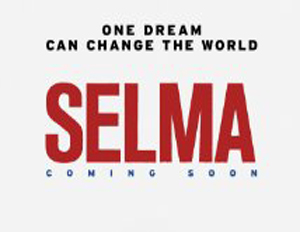 If you are a cinephile and love biopics then Ava DuVernay’s next project is sure to captivate your imagination and heartstrings.

Selma tells the tale of Dr. Martin Luther King, Jr.’s attempt at securing voting rights for all people. David Oyelowo (Lee Daniels‘ The Butler) stars as the larger-than-life figure and has courted praise for his portrayal of the late Civil Rights activist.

The first trailer has finally hit the web and is a must see for those who love an in-depth character study.

Over the course of three acts, audiences are along for the ride through three marches in 1965 that take place from Selma to Montgomery. It was in those places that the real-life MLK would focus and hone his attention in order to secure voting rights for the residents there that would, in turn, convince President Lyndon Johnson to sign the Voting Rights Act of 1965.

You can watch the trailer below:

6 Signs You Have the Entrepreneurial Spirit