Watch a Promo Video for Canelo vs. Angulo on Showtime 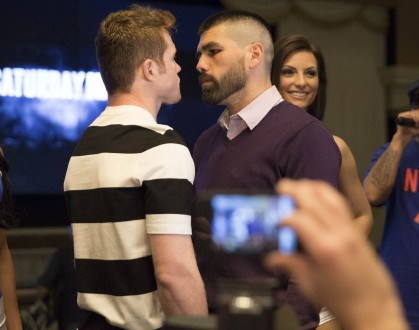 The fight between Canelo Alvarez and Alfred Angulo is set, and it should be a great fight given the relentless, hard-charging styles of both fighters. Floyd Mayweather says that he’s expecting both fighters to be at their very best. Angulo’s trainer says it’s a KO or bust for his fighter.

That should give you an idea of what to expect.

“I have to think that way, knowing what Canelo brings to the table, and what he means to Golden Boy and anybody else that feels like he’s an asset to the sport of boxing,” Angulo’s trainer Virgil Hunter told Ring TV. “I feel like we have to knock out Canelo to win the fight. The importance of knocking Canelo out has been stressed to Alfredo.â€

Meanwhile, Mayweather’s fight with Marcos Maidana scheduled for May 3 is reportedly nearly sold out.

Find a Real Estate Deal in the Next Hot ‘Hood