With the failure of the Senate to pass the Democrat-backed jobs bill that would maintain extended benefits for the unemployed beyond the standard 26 weeks, unemployed workers could lose their unemployment insurance benefits.

The 57-41 vote fell three short of the 60 need to withstand a filibuster by Republicans. The bill would also have provided $16 billion in new aid to states, preserving the jobs of thousands of state and local government workers and providing what White House officials called an insurance policy against a double-dip recession.

In related events on Capitol Hill, several members of the Congressional Black Caucus sharply criticized Republican senators at Wednesday for what they say is the shameful inaction on several pieces of legislation, but most egregiously, the American Jobs and Closing Tax Loopholes Act, which includes funding for a summer jobs program and compensation for black farmers.

The overall African American unemployment rate for May dropped one percentage point to 15.5%, which CBC chair Rep. Barbara Lee of California said is still unacceptably high. The unemployment figure for black youth, aged 16-19, increased to 38% in May.

Black lawmakers have repeatedly expressed concern that young people will find trouble if they can’t find jobs. As an example to prove their point, Rep. Bobby Rush (D-Illinois) cited the past weekend in Chicago, which ended with a shocking 54 shootings that left 11 people dead. He argued that swift passage of the jobs package could prevent violence in communities around the nation.

“It’s Criminology 101: if you’re not in school and you’re not working, you’re getting into trouble,â€ added Rep. Corinne Brown (D-Florida), who laid blame on the entire upper chamber. “I’m not going to blame just the Republicans; this is a bipartisan failure.â€

Insubordination: How to Handle an Employee Violation 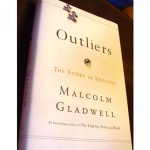 PHOTO GALLERY: Books That Can Help You Get a Job