Florida’s Republican Gov. Charlie Crist has a difficult decision ahead of him: Should he abandon the GOP and continue his bid to represent the state in the U.S. Senate as an independent?Â  Crist has until April 30 to make up his mind, but in the meantime, one CBC member whispered in BE.com’s ear, Rep. Kendrick Meek, who also has his sights set on the Senate, “is grinning from ear to ear.â€

That’s because the state’s Republican Party may be imploding, which could potentially boost Meek’s prospects. In addition to Crist’s possible defection, the IRS and the FBI reportedly are investigating more than two dozen party and elected officials for using party-issued credit cards for personal expenses. The group includes Crist’s Republican primary opponent Marco Rubio, a former Speaker of the House of Representatives in Florida and current Tea Party darling.

Meek said he expects to win in the fall, but in the meantime, he added, “We don’t want to get in the middle of what’s going on with the GOP and internal politics. But, I can tell you that what the GOP is talking about now, especially the leadership in Florida, is not what Floridians want to hear as it relates to getting people back to work.â€

David Bositis, senior political analyst at the Joint Center for Political and Economic Studies, said recent surveys have found the three candidates essentially tied if Crist runs as an independent. Meek’s success at the polls in November will depend on how well he can turn out his base. More than two-third of Florida’s voters are non-white, Bositis added, and Obama got 43% of the overall vote there in 2008.

“If Meek got a large turnout and an independent Crist got a significant portion of Republic votes, it could come down to the wire in a general election,â€ said Bositis. 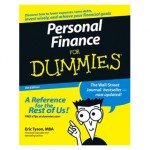 Change Sounds Good; How Do You Do It?