After two weeks of venting and handwringing by their colleagues, House Democratic leaders were able to pass an $858 billion tax bill during a late-night vote on Thursday. President Obama quickly signed it into law today, surrounded by a bipartisan group of lawmakers that included the Senate Republican Leader, Rep. Mitch McConnell of Kentucky, who helped negotiate the controversial piece of legislation.

“This is real money that’s going to make a real difference in people’s lives,â€ Obama said during the bill signing. As soon as I sign this legislation, two million Americans looking for work who lost their jobs through no fault of their own can know with certainty that they won’t lose their emergency unemployment insurance.â€ In addition, he said, the 600,000 people whose benefits expired in the last few weeks will have them reinstated.

In addition to extending unemployment insurance, the bill expands the estate tax exemption to $5 million for individuals ($10 million per couple), reduces the estate tax rate to 35% and keeps in place the Bush-era tax cuts for two years, the main reasons for Democrats’ outpourings of frustration. It includes a two-percent cut in payroll taxes and allows businesses to depreciate 100% of the cost of machinery and equipment in the first year. The bill also extends the Earned Income Tax Credit, the Child Tax Credit and the American Opportunity Tax Credit.

Many of its provisions will be enormously beneficial to the constituents in Maryland Rep. Elijah Cummings’s scrappy Baltimore district; still, he voted nay because the bill did not meet his two most important criteria. “Tax cuts for the rich and the estate tax provisions don’t add jobs and they add to the deficit. That’s a hell of a combination,â€ he said.

Cummings also expressed concern that the Republican House majority will refuse to raise the debt ceiling next year while simultaneously denouncing the nation’s huge deficit–then blame it all on Obama.

“They’re going to give him full credit for these tax cuts and at the same time, or shortly thereafter, will argue that the tax cuts need to be extended again,â€ Cummings said. “Then they’re going to justify cuts in programs to the middle class and the poor and to the states, many of which are in deep trouble and depend largely on federal funds.â€ The very people who will benefit from the provisions that aim to help middle- and low-income people are going to pay on the other end, Cummings warned, “And Republicans will lay the blame for those cuts at the president’s doorstep.â€

Throughout the many debates over the tax plan,Â Obama has said that there are elements in it that neither party likes. “But that’s the nature of compromise–yielding on something each of us cares about to move forward on what all of us care about,â€ he said during the bill signing. He also has pledged to end tax cuts for the wealthy when they expire in two years, which Cummings believes is unrealistic and extremely unlikely to happen during an election year.

But Cummings, who considers Obama a friend, believes the president gave in to quickly to prevent millions from losing their unemployment benefits and to gain some ground on the START treaty, and many Republicans, he said, agree.Â Â  According to the lawmaker, who was named ranking member of the House Government Oversight and Reform Committee this week, his Republican “friendsâ€ assured him that they would never have broken for the Christmas recess without extending the unemployment insurance, they expected a much bigger fight over the $250,000 tax break threshold, and were “giddyâ€ over winning the estate tax reductions.

What do you think about the Obama-Republican tax plan?Â Was it the right move? Will we all “pay for it” later? Leave your comments below.

Holiday Gift-Giving Made Easy for the Office 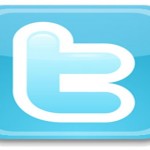 BE Tweets of the Week: #BESocialMedia