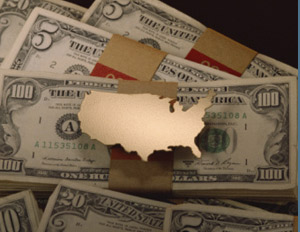 The White House and congressional lawmakers narrowly averted a government shutdown last week after two sides finalized a last-minute, albeit tentative, deal into the wee hours of Saturday morning. However, the move will not end further debate between the GOP and Democrats, setting the stage for a major battle over government spending for months to come.

Although the details of last week’s compromise have yet to be fully disclosed, the measure is expected to slash roughly $40 billion in spending but it will not call for the elimination of funding for Planned Parenthood or limitations on environmental regulations, major sticking points in rounds of negotiations. President Obama reportedly refused to budge on cutting funds for family planning. The president, however, had to agree to $1 billion more in spending cuts in exchange for removal of a rider in the budget targeting the provider of reproductive health care.

Both chambers passed measures to fund the federal government through Thursday and are expected to vote on a final bill to fund it through September this week. After signing the bill Saturday morning, Obama maintained that the deal will result in the largest annual spending cuts in history while still allowing for investments in the nation’s future.

“This has been a lot of discussion and a long fight,â€ says House Speaker John Boehner after he met with his party late Friday night to discuss the deal and win support. “But we fought to keep government spending down because it really will in fact help create a better environment for job creators in our country.â€

In another test of Boehner’s leadership, he struggled to balance the line between satisfying insurgent Republican freshmen eager to keep campaign promises of making deep cuts in government spending while trying to compromise with congressional Democrats and the White House. That tension will continue this week when the on-going resolution goes to the House floor for a vote.

Florida Rep. Allen West, one of two African American Republicans in the House, is already planning to vote against it. “I’m not going to be supportive [of the CR vote] because once again we’re talking about how less we can do. We’ve got to develop the credibility. If I can’t do this little thing, what’s the trust and confidence that I can take care of these next bigger issues,â€ West says, citing upcoming debate and votes on the debt ceiling and the 2012 budget.

Democrats aren’t a sure bet, either.