Wanted: 10 People to Rep Me at Genius For Men in D.C. This Weekend - Black Enterprise 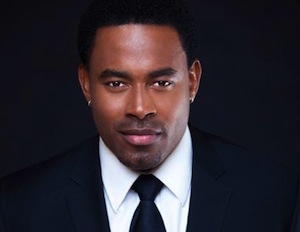 As of this morning, October 12, my request for 10 people to represent me at tomorrow’s Genius For Men Conference has been fulfilled. Thanks to all of those who responded and were willing to represent me at the event! To those who did not respond in time, I urge you to register for the event and attend anyway–I’m sure you won’t regret it. And keep following my blog as well as my social media updates; this worked so well that I may do this for other great events in the future!–Alfred

How would you like be in the house at a men’s empowerment event to honor actor, entrepreneur and Black Gents of Hollywood Co-Founder Lamman Rucker, multimedia activist and journalist Jeff Johnson, and other high-achieving Black men, that features outstanding music, dance and spoken-word live performance tributes for each honoree? If this sounds like a great way to spend a Saturday afternoon and you will be in D.C. this weekend, I need you to do me a favor: Represent me at the Insight Initiatives’s Genius For Men Conference at THE ARC at 1901 Mississippi Ave, Washington, D.C. at 2:00 p.m. this Saturday, October 13, 2o12.

Genius For Men, executive produced and by sisters Alisha Lola (Insight Initiative‘s founder) and Angela Jones, is billed as an event that “encourages community between men and women, celebrates male achievement, and honors men who seek to transcend the limits within their professions.” I can personally bear witness that the event absolutely meets and exceeds its objective.

I am proud to say that I was a Genius for Men honoree last year, joining an impressive pantheon of inductees including Congressman and Civil Rights hero John Lewis and past honorees such as the legendary neurosurgeon Dr. Ben Carson–a humbling experience to say the least. I fully intended to be in attendance for Genius For Men 2012– especially since Rucker, a brother I have a tremendous amount respect for, is one of this year’s honorees–but personal obligations prevent me from doing so. So I’m doing the next best thing: recruiting people from my network, who appreciate the mission of Genius For Men, to represent me at the conference and awards recognition this Saturday.

So here’s the deal: I’m inviting the readers of this blog post as well as those on my social networks at Facebook, LinkedIN, Google+ and Twitter to attend the Genius For Men Conference as my special representatives. The first 10 people to RSVP to me via e-mail byÂ  at edmonda@blackenterprise by Friday, October 12, will be placed on the Genius For Men VIP list as my special guests.

To learn more about the Genius For Men Conference, go to http://www.insightinitiative.net/gfm/eventoverview/

Again, to RSVP as my guest, send an e-mail to me at edmonda@blackenterprise.com. All I ask is that if you are among the 10 selected, that you follow through and attend the event. Don’t waste a ticket that someone else would appreciate having.

Multiple Personalities: How to Lead a Diverse Team to a Common Goal