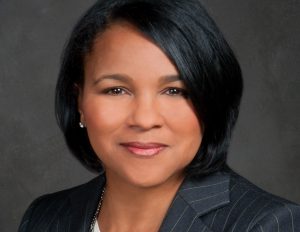 Rosalind G. Brewer has been named Sam’s Club new president and CEO, making her the first woman and the first African American to hold a CEO position at one of Wal-Mart Stores Inc.’s business units. The announcement was made Friday along with a slew of executive changes at the nation’s largest retailer.

Brewer, 49, was most recently president of Wal-Mart’s U.S. east business unit and was responsible for more than $100 billion in annual revenue, representing almost 1,600 stores and more than 500,000 associates. Brewer was also the first chairperson of the Wal-Mart President’s Council of Global Women Leaders. In 2010, she was named to Black Enterprise’s “75 Most Powerful Women In Business” list.

Brewer’s appointment is a boost to the number of African Americans in the C-suite. “Rosalind is a proven executive who sets a high standard among her peers and colleagues,â€ says Arnold W. Donald, president and CEO of the Executive Leadership Council and Executive Leadership Foundation.Â Her appointment marks a significant step toward the ELC’s aspiration of a net increase in the number of African Americans within two levels of Fortune 500 CEOs, Donald notes. “Diversity of thinking needed at the top of America’s corporations is partially fueled by the diversity that African Americans bring at the highest level of Corporate America.”

Brewer succeeds Brian Cornell, 52, who has served as President and CEO since April 2009 and has departed for family reasons. Cornell led growth at the warehouse retail chain including the launch of new private-label goods and expansion of the food department. Industry insiders say Brewer will be challenged with continuing that growth.

In her new role, effective Feb. 1, Brewer will report to Wal-Mart president and CEO Mike Duke. “Roz came to us with an outstanding background in consumer packaged goods more than five years ago,â€ says Duke. “During that time, I have seen her develop into a talented merchant and retailer. She has strong strategic, analytical and operational skills and has successfully managed a large and complex business. I’ve also been struck by Roz’s servant leadership when I have visited stores with her,â€ he continues. “She always lets her team do the talking, with her focus being on how to better support their needs.â€

Prior to joining Wal-Mart, Brewer worked for Kimberly-Clark Corp., advancing through various positions before becoming president of a key business sector in 2004. She joined Wal-Mart in 2006 as regional vice president overseeing operations in Georgia. She holds a board director seat at Lockheed Martin and serves as chair of the Board of Trustees at her alma mater, Spelman College.

Sam’s Club, with 610 stores and $49 billion in fiscal 2011 sales, is a smaller business than the Walmart division Brewer previously ran. Sam’s Club business has outperformed its namesake stores, and its same-store sales gained 5.7% in the quarter ending October, compared with a 1.3 percent increase for Walmart locations.

Are you a Woman of Power? Then join us for the annual Black Enterprise Women of Power Summit hosted by State Farm, Feb. 15—18, 2012, at The Ritz-Carlton, Orlando, FL. This exciting, executive leadership summit is your chance to focus on YOU. Network with industry leaders, learn career strategies, find work-life balance, and start creating–and living–the life you really want! REGISTER NOW and use code DGED12 to receive a $200 discount off the price of registration! (Cannot be combined with other offers).

7 Stylish Boots to Get You Through the End of Winter

The Mystery of the Swizz Beatz-Megaupload Connection