On Election Day, history was made in Charlotte, North Carolina, as Democrat Vi Lyles, who has spent decades in public service as a budget official, city administrator, and city council member, easily defeated Republican City Council Member Kenny Smith to become the first African American woman to lead the Queen City. In her victory speech, she told supporters: “With this opportunity you’ve given me, you’ve proven that we are a city of opportunity and inclusiveness. You’ve proven a woman whose father didn’t graduate from high school can become this city’s first female African American mayor.”

Lyle’s victory places her on the national stage after a series of huge electoral wins for the Democratic Party. Citing the milestone in this perennial battleground state, Democratic National Committee Chairman Thomas Perez congratulated Lyles for her “historic” victory in the Charlotte mayoral race, acknowledging that “Vi has spent more than four decades in public service” and that “we can’t wait to see what Lyles [will] accomplish.”

Lyles, 66, who gained the lead over Smith due to early voter turnout, has been viewed as a leader that can build coalitions and bridge communities. That skill will be vital after Charlotte has dealt with major controversies, including the rioting that followed last year’s police shooting of a 43-year-old African American, Keith Lamont Smith. The Charlotte Observer reported on praise that Lyles received from myriad Democrats and Republicans alike for her work in fostering dialogue and bringing together citizens in the aftermath of the unrest.

The new mayor, who handled community outreach for the host committee of the 2012 Democratic National Convention, will preside over City Hall at a time when major events will come to one of the nation’s financial centers, helping to drive economic and business development for the African American community, among others. One of the largest in 2018 will be the Black Enterprise Entrepreneurs Summit, to be held at the city’s convention center from June 6–9. As such, Charlotte will serve as the venue for one of the largest gatherings of entrepreneurs and business leaders as well as an event that will showcase local businesses and stimulate the city’s economy.

Lyles, who graduated from Queens College and gained a master’s in public administration from UNC-Chapel Hill, began her work in government as a budget analyst and then budget director in 1987. By 1996, she received the position of assistant city manager and handled issues related to community policing and affordable housing and transportation, among others. Retiring from that post in 2004, she joined the nonprofit Lee Institute, which developed programs under the philosophy “Go Slow to Go Fast,” a mode she adopted as project director of UNC Charlotte’s task force on football, according to The Charlotte Observer.

As an at-large city council member, the progressive Democrat backed last year’s ordinance on LGBT rights, which prompted state lawmakers to respond with House Bill 2, and supported extending rail transit, expansion of affordable housing and advancement of economic development—areas she is expected to continue to champion from City Hall. 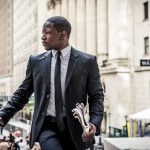