5 Reasons Vernice Armour is a Power Women to Watch 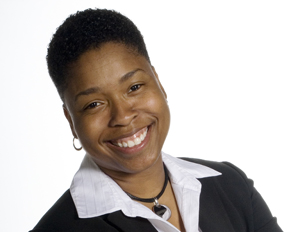 Vernice Armour, whom many refer to as simply “Fly Girl,” is a nationally recognized motivational speaker whose career in the United States Marine Corps has catapulted her into the history books.

After retiring from the Marines in 2007, Armour used her career as inspiration to encourage other power women to achieve their career goals despite the barriers. Publishing her first book in 2011, Zero to Breakthrough: The 7-Step, Battle-Tested Method for Accomplishing Goals that Matter, Armour is making it her duty to offer the best advice possible on how women can combat their struggles in the workforce in order to take their careers to the next level.

Going from a power women in the Marines, to a successful entrepreneur at the top of her game, below are five facts about Armour that highlight the boss moves she’s made in her career.

1. In 1998, Armour became the first African American woman to serve as a police officer in Tempe, Arizona before joining the United States Marines.

2. Within a span of three short years, Armour went from a cop to a combat pilot and became the U.S. Marine Corps first black female pilot and was recognized by the Department of Defense for her historical accomplishment.

4. After leaving the military, Armour launched VAI Consulting and Training, LLC, which raked in over six-figures in revenue within the first 12 months and over a million within the first five years.

5. She’s an internationally recognized motivational speaker for leadership conferences and Fortune 500 companies, and has been featured on Oprah, CNN, Tavis Smiley, NPR and many more media outlets.

To learn more about Vernice Armour, be sure to attend Black Enterprise’s 10th Annual Women of Power Summit where Armour will offer up inspiration and motivation as a featured keynote speaker.