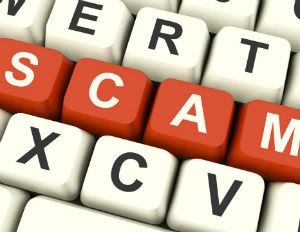 Nine types of attacks have caused about 92% of 100,000 data breaches over the past 10 years, according to the Verizon 2014 Data Breach Investigations Report. Among these attacks are cyber espionage, point of sale intrusions, and web app attacks.

Web app attacks, the most common breach, were to blame for 35% of data breaches last year. And you have another compelling reason to make sure you change your password on a regular basis. The report found that about two-thirds of data breaches involved stolen passwords. (So once you’re finished reading this riveting article, go change your password.)

Even though retail data breaches have been saturating the headlines lately, the top targets for a data breach are accommodation and food services, administrative and support services, construction companies, educational institutions, entertainment, and financial companies.

Says the Verizon 2014 Data Breach Investigations Report, “Certain sectors will always skew higher in the victim count given their attractiveness to financially motivated actors – i.e., those that store payment card or other financial data. But even discounting that, we don’t see any industries flying completely under the radar. And that’s the real takeaway here – everyone is vulnerable to some type of event. Even if you think your organization is at low risk for external attacks, there remains the possibility of insider misuse and errors that harm systems and expose data.â€

The Nicki Minaj Factor: 3 Career Lessons on Rebranding For Milliennials

How to Save Money on Travel