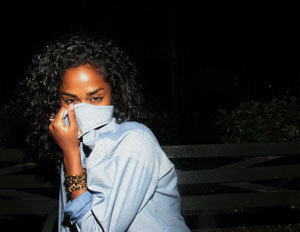 Whether you know young tastemaker Vashtie Kola as King Vashtie, Vash Money or her most popular nickname “Downtown’s Sweetheart,â€ there’s one thing for sure: she’s an innovator. The Albany, New York-native has found success as an entrepreneur, director, deejay, party promoter, and fashion designer–all before the age of 30.

Kola garnered a vast amount of media attention for her tomboyish-chic style and steadfast work acumen, being featured in publications such as Vibe, Giant, Paper, Nylon and The New York Times;on television spots like New York 1’s One on One, and sites, which include Complex.com and Style.com, among others.

Kola’s creative venture late last year with Air Jordan made her the first female to design a shoe for the Jordan Brand (the Air Jordan 2 Retro, to be exact).

Continue reading about why Vashti Kola is what’s next at BlackEnterprise.com/BENext.

L.A. Reidâ€™s 4 Tips for Being a Successful Executive in Music