Vanessa Morrison, a veteran leader at Twentieth Century Fox Film’s animation arm and one of Black Enterprise’s 2017 Most Powerful Women in Business, has been named president of Fox Family, a newly-created division that will develop films geared toward children and their parents. Her appointment is effective immediately. According to The Hollywood Reporter, Morrison will be succeeded by Andrea Miloro and Robert Baird, the new co-presidents of Fox Animation.

“Vanessa has for many years championed the studio’s efforts to take a more holistic approach to the family entertainment space, and this new role will empower her to execute on that goal,” said chairman/CEO Stacey Snider and vice chairman Emma Watts in a joint statement Monday. “We are thrilled to have her leading this initiative, and as this segment in the marketplace continues to grow, the creation of this new division will strengthen our footprint as we look to create the best possible films for families across our entire company.”

Fox Family will produce animations along with films with live action elements. Morrison’s role will be to head the studio’s family animated television business, which produces holiday television specials based on existing film properties. She also will oversee film features based on its small-screen efforts, such as the recently announced Bob’s Burgers movie, reports Variety.

Morrison began serving as the president of Fox Animation in 2007, where she oversaw the production of feature-length animated films, including the Ice Age franchise, the Rio films, Peanuts, and Book of Life. Altogether, the films that Morrison has overseen have grossed more than $3 billion at the box office.

Prior to that, she served in several other senior production roles at the studio, including senior vice president of Production, Twentieth Century Fox Age, where she was responsible for overseeing the development and production of novel and short stories into film. Other movies that she was has worked on include Garfield, Cheaper By The Dozen, Dr. Doolittle 2, and Fat Albert. 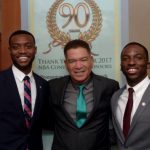 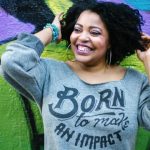