U.S.-Africa Summit: How African Americans Can Invest in Africa 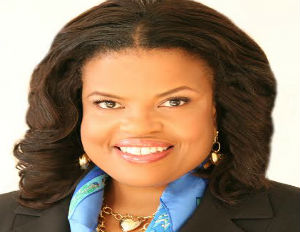 The U.S. may not be as late to the table as some might think. Senior White House Adviser Valerie Jarrett tells BlackEnterprise.com that the Obama administration has been at work behind the scenes laying the foundation for the mega event. “We’ve been working, five-and-a-half years, building toward this summit. This is the first time any U.S. president has ever convened a summit of this magnitude with over 50 African heads of state in attendance. It takes a while to build up to that.”

Danladi Verheijen concurs. He doesn’t believe the U.S. is any later than other countries. “The U.S. is just a little less aggressive than a China or India,” he says. “However, I think it’s just early days for everybody literally. A lot of these investors particularly the Chinese are looking at infrastructure and commodities, which is fine, but the real wealth to be made in Africa is providing goods to the African consumer.”

Whitaker maintains the U.S. shouldn’t be comfortable leading from behind. “Africa has been in America’s blind spot for far too long,” she says. “In 2009, China overtook the US as Africa’s largest trading partner and China now has a a $200 billion trade relationship in Africa compared to America’s $85 billion.”

It’s impossible to underestimate the importance of getting the word out to African American entrepreneurs to make sure they don’t get left out on what could be the opportunity of a lifetime. The true challenge is how to spread the word.

“Any initiative like this usually starts with a few people taking a leadership role and others following suit,” Jarrett says. “We are confident that with all of the attention that the summit has received that the momentum will go up exponentially from here on out. We already had $14 billion worth of private deals announced Tuesday and that was in the morning. By the end of the day my guess is there were other businesses stepping up.”