This Week on Our World: Valerie Jarrett on Obama's Job Plan for Black Americans - Black Enterprise 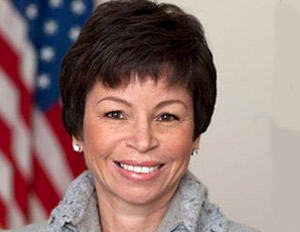 This week on Our World with Black Enterprise, host Marc Lamont Hill sits down with President Barack Obama‘s Senior Advisor and Assistant for Intergovernmenal Affairs and Public Engagement Valerie Jarrett. The topic: What is being done to help get Black America back to work?

A report, The State of Communities of Color in the U.S. Economy, released recently by the Center for American Progress, a nonpartisan research and education institute, revealed that racial and ethnic differences have either worsened or stayed the same during the recession and recovery. For instance, African Americans and Latinos were added to unemployment rolls much quicker than Whites. In the fourth quarter of 2010, the unemployment rate for African Americans was 15.8 %, compared to 12.9% for Latinos, 7.3 % for Asian Americans and 8.7 % for Whites.

In the wake ofÂ  President Obama’s most recent State of the Union address, Hill explores his latest initiatives and job creation strategies with Jarrett, while looking at economic and political obstacles ahead, including a House of Representatives controlled by the GOP.

Also, in this week’s On The Record segment, Hill talks with National Action Network President and syndicated radio host Rev. Al Sharpton; journalist, social activist and MSNBC political commentator Jeff Johnson and FOX News analyst, political strategist and author Angela McGlowan, to get their analysis of President Obama’s initiatives and what they really mean for the Black community.

7 African American Mayors Under the Radar