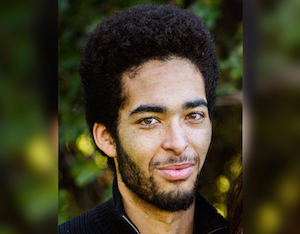 Saratoga Springs native, Darrien Hunt, was shot seven times by two police officers after it was alleged the law enforcers were fearing for their lives. Hunt, 22, was wielding a sword as part of a Japanese anime costume when he was accosted in the local shopping center.

Utah County Attorney Jeff Buhman reportedly said Monday that the methods used by the two officers was justified. “This happened so quickly, violently and without provocation the officers had to use what was most immediately available to them, which were their firearms,” Buhman said. According to Buhman, the investigation uncovered no trace that race or ethnicity played a role in how the situation played out.

The Hunt family plans to file a civil rights and wrongful death lawsuit, according to their attorney Bob Sykes. Police Cpl. Matthew Schauerhamer and Officer Nicholas Judson, according to reports, spotted Hunt in his anime costume and approached him and engaged in a conversation. Hunt asked about getting a ride to a nearby city, but when they asked him to give up his toy sword, he refused and his demeanor changed.

“It would have been a matter of seconds before he could have reached someone else,” Buhman said. The investigation based on interviews with the officers and three witnesses said that Hunt, after being hit by gunfire, fled, and disobeyed orders to drop the sword. Sykes disputes the account, saying that it was unlikely that Hunt was aggressive. “I think it’s a whitewash. I think it’s an exaggeration. I think they ignored good hard evidence to the contrary,” he said.

The Hunt family hopes that the lawsuit will bring changes to how police officers are trained. “So many young men and young women are being shot down and killed by police officers improperly using deadly force,” Sykes said.