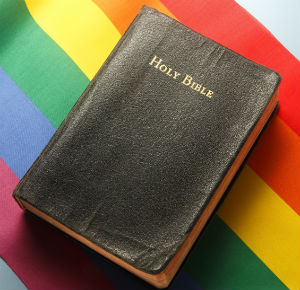 In 2012, Masterpiece Cake Shop owner, Jack Phillips, cited his Christian beliefs, when he turned away a gay couple who came to his Colorado shop for a wedding cake. When he was sued for denying the couple service based on their sexual orientation,Â an administrative law judge found Phillips in violation of the Colorado Anti-Discrimination Act (CADA).

Phillips has now filed a petition with the U.S. Supreme Court, after Colorado state’s highest court declined to hear his case, the Denver Post reports.

“No one–not Jack or anyone else–should be forced by the government to further a message that they cannot in good conscience promote,â€ saidÂ attorneyÂ Jeremy Tedesco, in a statement from Alliance Defending Freedom (ADF).

According to the American Civil Liberties Union, no one should be turned away from a business serving the public,Â because of who they are or who they love. Ria Tabacco Mar, staff attorney for the ACLU’s LGBT Project, released in a statement, “We all have a right to our personal beliefs, but we do not have a right to impose those beliefs on others and harm them.” While everyone has a right to their religious views, “business owners cannot rely on those beliefs as an excuse to discriminate against prospective customers.â€

Phillips claims he didn’t deny service to the couple because of their sexual-orientation, but because to do so would have forced him to promote a message of gay marriage which is what goes against his religious beliefs.

Gay Marriage As A Message

The ADF found last year thatÂ three other Denver cake artists were not guilty of creed discrimination and argue that it’s a double standard. The group also pointed out other examples where the Colorado Civil Rights Commission does not apply the CADA to, for example, “ban an African American cake artist refusing to create a cake promoting white-supremacism for the Aryan Nation.â€

The CADA does not list white supremacists as a protected class, and declining to create a product with derogatory messages, when that decision is not tied to the identity of the person requesting the product, is not considered discrimination under the act.

“This is not about the people who asked for a cake, it’s about the message the cake communicates,â€ attorney Nicolle Martin of Lakewood, co-counsel in the case, said in the release. “No artist should be punished for declining to promote ideas or participate in events when they disagree with the message communicated.â€

This latest move comes on the heels of anÂ onslaught of anti-LGBT billsÂ being pushed this year by anti-equality activists nationwide. The Human Rights Campaign has been on high alert, tracking nearly 200 anti-LGBT bills. As of April 2016, more than 80 anti-LGBT bills were still active, according to the HRC’s website.