4 Ways We Can Use Our Dollars to Make Real Change 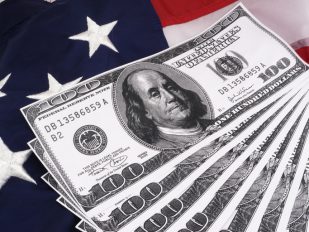 Let me put this $1.3 trillion dollars in perspective: This is around the same amount of the United States defense budget for two years.Â Additionally, $1.3 trillionÂ is more than over half of U.S. states’ budgets combined.Â Â I don’t know about you, but that’s a LOT of powerÂ and dollars. Therefore, it’s time to startÂ using those $1.3 trillion dollars to make some sense for our community, theÂ outcomes of which could beÂ social and economic justice. There is a universal language that, no matter your background, gender, race, or sexual preference, we all speak–some more fluently than others–and that language, ladies and gentlemen, is money. TheÂ current protests are needed, and that’s what makes us American. But, I truly believe that the fastest way to social and economic parity is through the power of the almighty dollar. So, we must putÂ the pieces together to leverage the power of the dollarÂ toward reformation.

Sometimes, we may think ofÂ “economic justice” Â in terms of boycotts and supporting black businesses, but these thingsÂ only reachÂ the surface of leveraging ourÂ spending power. So, I am advocating using ourÂ dollars to influence policy.

I am not talking about bribery or anything illegal; I am talking about legitimate advocacy work. We have the voting numbersÂ and spending power to make people listen. Hence, some may not listen when we talk about the impact of mandatory sentences on our black men. But, they will listen when we discuss the impact our money could have on their bottom line or electability. I can attest that magical things happen, when weÂ pull together our resources.

How to Use Your Dollars in Ways That Make Sense

Previously, I have explained WHY we need to use our dollars to make sense. Now, I am going to give you some examples of HOW:

The above mentioned list is not exclusive, but I think it’s a good start for using your dollars in ways that make sense and make a difference. So, let’s get started with changes in our culture, policies, and at theÂ ballot box. Let’s start by voting and advocating with our dollars. Let’s start by sacrificing those brandÂ new pair of shoes or upgrading to a more fancy car, and instead, let’sÂ take that money and put it toward one ofÂ the suggestions I mentioned.Â If enough African Americans do it, you would be AMAZED at its impact on policy, which would trickle down to ourÂ everyday lives.

Like Dr. King, I, too, have a dream: It’s a world inÂ which unarmed, black citizens don’t get shot in the streets, because we have voted out certain politicians. It’s a world in which we have so many victories in the area of economic justice, that everyone listens when we demand social justice reforms.

IÂ am ready to turn our $1.3 trillion dollars into a tool that makes sense for African Americans now, and in years to come. Will you join me? Dar’shun Kendrick is aÂ  private securities attorneyÂ and owner ofÂ Kendrick Law Practice, helping businesses raiseÂ capital the LEGALÂ way. She has two B.A.s from Oglethorpe University, a law degree from the University of Georgia, an M.B.A. from Kennesaw State University, and works with “for profit” companies seeking to raise $250,000 or more through privateÂ capital. Additionally, she’s been elected to the Georgia House of Representatives , representing East DeKalb and South Gwinnett counties since 2011. She serves on the committees of Juvenile Justice, Interstate Cooperation, Judiciary Non-Civil, and as the ranking Democrat on the Small Business and Job Creation Committee. She’s also co-chair of the Georgia Legislative Black Caucus Economic Development Committee; a board member of the Technology Association of Georgia’s (TAG) corporate development board; and the founder and board chair of the nonprofit, Minority Access to Capital, Inc. Its mission isÂ to educate and empower minorities about how to grow their companies and create generational wealth.

Culture Clash: Are You the Right Fit For Your Company?