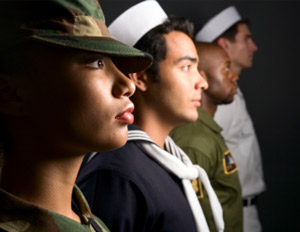 Afghanistan has been in the news quite a bit as of late and for all the wrong reasons. The most recent flap centers around the deliberate killing of civilians by alleged shooterÂ Staff Sgt. Robert Bales week before last. Everyone from the President on down has been constantly apologizing for the soldier’s killing spree.

I think one apology is appropriate, but this constant drumbeat of apologies from the President, the secretary of defense, the commander in Afghanistan… is a bit much. This controversy all comes on the heels of the U.S. military accidentally burning some Qurans last month, which sparked protests by Afghanis in retaliatory attacks that killed more than 30 people, including six U.S. soldiers.

My question(s) is this: Why has there been no demand by our government for an apology from the government of Afghanistan? Why does it seem acceptable for Afghanis to kill Americans (both civilian and military), but it’s a moral outrage when Americans kill Afghanis? While it’s hard to put the value of a life on a moral scale; most of the Afghanis deaths by Americans have been in the heat of military battle, with some civilian casualties. However, most of the American deaths (1,841 soldiers alone) have been by acts of deliberate terrorism. My belief is that Afghanis should not demand from us what they themselves are not willing to give in return!

What I find most amazing about the supposed outrage by the Afghanis over the Quran burning is, Afghanistan has one of the highest illiteracy rates in the world today. According to the National Risk and Vulnerability Assessment (NRVA), the estimated national adult literacy rate (aged 15 and above) is 26 percent, with 12 percent for women and 39 percent for men. In rural areas, where approximately 74 percent of all Afghans reside, the situation is more acute, with an estimated 93 percent of women and 65 percent of men lacking basic reading and writing skills. So, what you have is people protesting over the supposed disrespect of a book that many Afghanis can’t even read! That’s not to diminish anyone’s religious beliefs but most would have to admit the irony there.

This is why religion always presents a problem during times of conflict. Oftentimes your enemies use the emotions of their people to stir opposition against a foreign presence. In the case of the U.S. military we have soldiers dying to uphold freedom and democracy in Afghanistan, but yet the very people we are liberating will not tolerate the free expression of those who have differing religious beliefs. So what exactly is it that we are fighting for in Afghanistan? I thought mission objective was to punish those who were responsible for 9/11? Well, Osama bin Laden is dead and so are most of the other al-Qaeda leaders.

I’m fed up with this obsession over not offending Muslims and Islam, which is supposed to be the religion of peace. Yet, many times it seems more like a religion of violence, due to the actions of more moderate Muslims who seem unwilling to take a strong stand against the more extremist elements of their religion.

If America’s foreign policy is to “democratizeâ€ the world, then we must be willing to teach the world that part of being a democracy is hearing and seeing things one may not agree with. But under no circumstances should our foreign policy be dictated by the ideology of being “politically correct.â€ The way many Muslims in Afghanistan treat their women and rule by fear is antithetical to what democracy is all about.

I think everyone agrees that what this lone U.S. soldier did was tragic and a deplorable act of cowardice; but just like we can’t paint every Muslim as a terrorist, we can’t condemn every U.S. soldier as a murderer. This was the act of one man operating well outside the realm of his patriotic duties. Anger is an understandable response, but not more death. Justice should and will be meted out to this soldier, but the accompanying violence in the aftermath of these senseless killings does a disservice both to the fledgling democracy in Afghanistan and to the U.S. soldiers who helped to create it.

Is PayPal Digital Wallet the Future of Money?