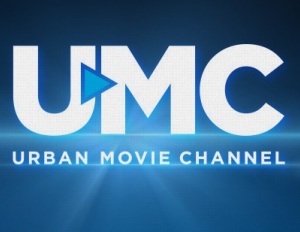 Starting July 3, and running through the end of September, Urban Movie Channel (UMC) plans to keep you laughing with the launch of Fall Out Fridays, a comedy series lineup featuring some of the best African American comedians in entertainment. From stand-up comedy specials featuring Kevin Hart, Wanda Sykes, and Jamie Foxx; to DL Hughley, Charlie Murphy, TK Kirkland, and many more, viewers can expect to laugh a lot.

“We are really excited to bring UMC subscribers our Fall Out Fridays comedy lineup featuring Martin Lawrence Presents: 1st Amendment Stand Up Series, along with programs that have never been seen before and will be exclusive to the UMC digital channel,”Â says Traci Otey Blunt, EVP, corporate marketing & corporate affairs, RLJ Entertainment, Inc. “Our chairman, Bob Johnson, who also founded BET, believes that UMC provides a unique opportunity for the African American creative community, many of whom don’t have outlets to showcase their work, to be able to do so through Over-the-Top (OTT) technology.â€

UMC is the first urban focused digital streaming channel devoted to the acquisition of feature films, comedy specials, stage plays, documentaries, music, and entertainment for the African American and urban audiences. Here is a snapshot of the new Fall Out Friday lineup:

As the premiere subscription video on demand (VOD) outlet in this market, UMC offers an introductory price of $2.99 per month, and subscribers are just one click away online or on a mobile device or tablet from watching high quality urban-themed programs. Visit, urbanmoviechannel.com to learn more about rates and subscription services.

5 Success Tactics for Trailblazers in Business