US Troops deployed to Chad to find Nigeria's missing schoolgirls 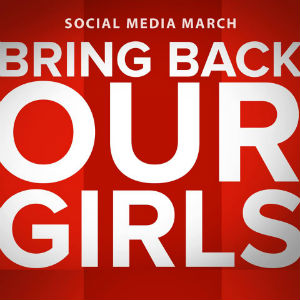 The United States has deployed 80 troops to Chad to aid in the efforts to find Nigerian schoolgirls reportedly taken hostage by the militant Islamist group, Boko Haram.

This after twin bombing attacks killed more than 100 people in the central Nigerian city of Jos on Tuesday.

Chad shares a border with Nigeria.

The girls, reportedly more than 200 in number, were abducted from their school in Chibok, in the northeastern state of Borno during the night of April 14.

A White House statement says, “These personnel will support the operation of intelligence, surveillance and reconnaissance aircraft for missions over northern Nigeria and the surrounding area.”

The unit will remain in Chad until their services are no longer required.

The Obama administration also sent in a team of eight experts earlier this month to help in the search.

The Washington Post reports that the team is “working with roughly two dozen other U.S. law enforcement and intelligence personnel advising the Nigerian government on the recovery effort.”

The girls’ kidnapping from their hostels went largely ignored by most media networks until a social media campaign, #bringbackourgirls began gaining traction and then fueling global outrage.

First lady Michelle Obama, as well as other female lawmakers and celebrities are also posting photos on Twitter using the hashtag.