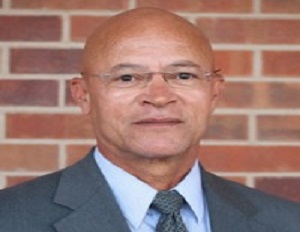 Following the resignation of University of Missouri’s system president Tim Wolfe on Monday amid racial unrest at the institution, the school’s governing board has named retired professor Michael MiddletonÂ as interim president.

Middleton, 68, began his tenure at the university as a law professor in 1985 and retired as deputy chancellor on Aug. 31 after 17 years of service in this role. He’s a 1968 graduate of UM and was the third African American student to graduate from the university’s law school.

“Mike Middleton is the best person to lead the system during this critical period of transition, with 30 years of leadership experience on the MU campus and past service as a civil rights attorney,” Donald Cupps, chair of the University of Missouri Board of Curators, said in a statement. “Mike’s outstanding managerial skills and knowledge of the UM System and its four campuses, make him the leader we need to advance our university system forward.”

After graduating from UM with a law degree, Middleton pursued civil rights law in Washington, D.C. and worked as a trial attorney for the Civil Rights Division of the United States Department of Justice. After this position, he worked as director of the Office of Systematic Programs at the Equal Employment Opportunity Commission (EEOC), and later as principal deputy assistant secretary for civil rights at the U.S. Department of Education. Before returning to UM in 1985, he also served as director of the St. Louis district office of EEOC.

“I am honored to accept the appointment as interim president of the UM System, and lead our state’s premiere university during this extraordinary time,” Middleton said. “The time has come for us to acknowledge and address our daunting challenges, and return to our relentless adherence to the University of Missouri’s mission to discover, disseminate, preserve, and apply knowledge.”