University of Cincinnati President Gives Away $200,000 Bonus to Students and Charity 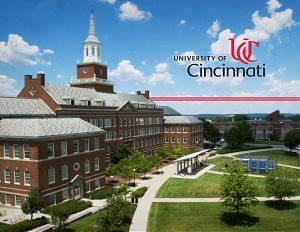 For the third year in a row University of Cincinnati President Santa Ono has turned down his six-figure bonus and declined a raise in an effort to give back to those around him.

This year, Ono gave away his $200,000 bonus to 14 scholarships and charities, including a fund for the family of a Cincinnati police officer who was shot and killed in the line of duty.Â  Last year, Ono did a similar act and asked that his $100,000 bonus be given to various funds to help students and faculty members.

“This may sound crazy, but it’s hard for us when someone turns down a raise,” said Board President Thomas Humes. “But we’ve learned that the way to satisfy President Ono is to give him the ability to help others. It’s not to help him. We heartily endorse his decision.”

Ono, whose base salary is $520,000, became president of the university in 2012 and has rejected an annual bonus each year he has led the school. In addition to giving his bonus away, Ono has also helped out UC students by requesting that the board freeze tuition and fees for the 2015-2016 school year.

With a strong push to keep the school as affordable as possible, UC has also seen an increase in minority enrollment. According to WCPO Cincinnati, the number African Americans in the incoming freshman class is up 31 percent and Hispanic enrollment is up 13 percent.

How to Market Your Product or Business on a Bootstrap Budget