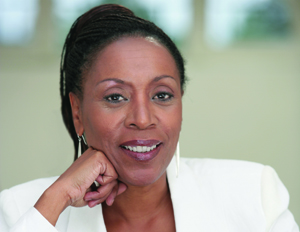 In Great Britain, ethnic minority businesses contribute in the region of Â£40 billion to the UK economy.Â  However, government research shows while almost a third of black people in the UK want to start their own business, only 4% actually manage to do so, a level lower than any other ethnic group.

If you add gender into the mix, studies illustrate British women are less likely to venture into entrepreneurship when compared to men. A recent report by the Office of National Statistics revealed entrepreneurial activity is higher for men than it is for women in every single region of the United Kingdom.

For those who do take the leap, according to data published by the Ethnic Minority Business Conference, black women are most likely to feel that ethnicity has strong impact on business compared to women of other races.

So what does this mean for the black women in Britain who are pushing the boundaries to build their own enterprises? BlackEnterprise.com spoke to three entrepreneurs to uncover their insights on the impact of race and gender in business.

How did your entrepreneurial journey begin?

I have 29 years experience as an entrepreneur. I run ASAP Communications, based in Brixton, south London, where we create and deliver marketing and PR campaigns and also provide workshops and business support for predominately minority and women business owners. In 2003, I was awarded a CBE (Commander of The British Empire) in The Queen’s Birthday Honour ListÂ for services to women, small business and minorities. However, when I started my business nearly 30 years ago I was a rarity.

Has your race and gender had an impact?

In 1984, PR Week cited me as the first black-owned PR agency in Great Britain.Â  I had no role models to work with. I worked in silo until I started the European Federation of Black Women Business Leaders. I always describe my experience as the ‘treble whammy.’ First, 30 years ago, most companies did not recognize the value of public relations.Â  Second, I was a woman. Women did not own businesses and if they did they were not taken seriously. Third, and most telling, I am black. So being in PR, being a woman and being black was really hard.

What can be done to encourage greater numbers of black women in Britain to start and grow businesses?

We need better education and more mentors to help accelerate the numbers of Black female entrepreneurs. Despite this, I believe if you are armed with a good idea, tenacity, determination and agile thinking, most things you set out to do are achievable.