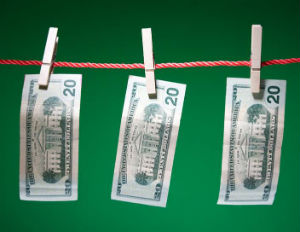 The Bureau of Economic Analysis released its third and final estimate of real gross domestic product for the first three months of 2014.

As the latest data show, the United States economy contracted significantly more than previously estimated at an annual rate of 2.9%. The numbers at the time showed that it was relative to fourth quarter 2013, when real GDP grew 2.6%. It is now officially on record that Q1’s economy is as bad as it was this time in 2009, which was the worst part of the recession.

“The bad weather in much of the U.S. in early 2014 was a significant drag on the economy, disrupting production, construction, and shipments, and deterring home and auto sales,” PNC Senior Economist Gus Faucher wrote in a note out prior to the release. “But data show growth rebounding in the second quarter, with improvements in home and auto sales and residential construction.â€

With most investors writing off the contraction as temporary, the rest of the nation is on red alert about how to keep from slipping into the red. Underlying trends are showing improvement that seems to have only been “masked” by the weather. As we embark into the second quarter, analysts are all expecting a boon in three different industries (home, auto, construction) north of 4%.

The 2.9% decrease in real GDP reflected the negative contribution from exports as well as declines in private inventory investment–both residential and nonresidential–fixed investment, and lower local government spending. When the price index was increased by 1.3% in line with the prior estimate and compared to 1.5% growth in the fourth quarter, real personal consumption increased by 1%, which is strong contrast from the 3.1% second estimate and from the increase of 3.3% in the fourth quarter.

The BEA–a division of the Department of Commerce—will release its advance estimate of Q2 GDP estimate on July 30.