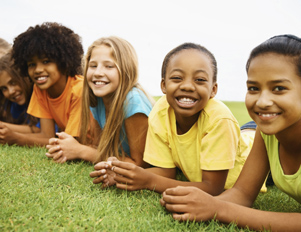 At the London Acorn School, housed in a picturesque landmarked building owned by the UK’s National Trust and set in beautiful parkland in Morden, near London, there are no smartphones, iPads, interactive whiteboards, or television screens.

[Related: We Need to Stop Putting Our Children in Front of Screens]

What’s more, parents who enroll their children have to commit to the same strict regime at home, with no television, computers, or films; either during term-time or holiday.

The school is appealing to parents concerned about the impact of screens and new technology on their children, who are choosing a new brand of “low-tech/no-techâ€ education, which bans computers, the Internet, TV, and films–both in class and at home.

When the British newspaper The Guardian visits the school on a perfect late September morning, there’s a group going out on a nature walk, a birthday party is going on in the kindergarten with a celebratory carrot cake, and in the class, one woodwork room–there are just two of them–children are working on their latest projects.

The pupils make their own exercise books and write in elegant looping longhand. In woodwork they contribute to the fabric of the school, making coat hooks for the younger children and an impressive old-fashioned lathe for the workshop.

The school opened in 2013. With just 42 pupils up to the age of 14 (it can accommodate 84) and annual fees of up to Â£11,000, London Acorn is only for the wealthiest. But it is doing its best to capitalize on the recent controversy surrounding the effectiveness of technology in schools, and the wider impact on young people.

Last month, a global study by theÂ Organisation for Economic Co-operation and Development,Â or OECD, found that investing heavily in computers and new technology in the classroom did not improve pupils’ performance, with frequent use of computers associated with lower results.