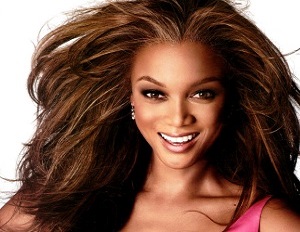 Tyra Banks may have hung up her heels for the runway, but it’s clear that the former supermodel is not done with leaving her mark on the beauty industry.

Today, the model-turned-entrepreneur announced the release of her own cosmetic line titled Tyra Beauty.

“The creation of my cosmetics experience has been years in the making,” Banks tells PEOPLE. “Do you know how good it feels to finally be able to tell the world why I attended Harvard Business School?! I truly learned how to master building and leading my own cosmetics experience.”

Not one to be stingy with her success, Banks will sell her line through independent contractors called “Beautytrainers.”

“We are accomplishing my ultimate dream: to give people the power to be their own boss while setting their dreams free,” says Banks. I feel fully armed to share and teach all I learned [at Harvard] with Beautytainers across the country, and later, the world!”

Tyra’s “Beautytrainers” will train through her online program, TyraU, and learn tips and tricks from the mogul herself on how to successfully run their own business.

The America’s Next Top Model host’s new beauty line will focus on three areas including a collection of stick-based makeup called “TYover,” eye makeup called “Smize,” and a line based off looks seen on the runway called “It Factory.”

To learn more about Banks cosmetic line visit Tyra.com and check out the video below of the former supermodel discussing her latest business venture.

10 Most Dangerous Neighborhoods in America