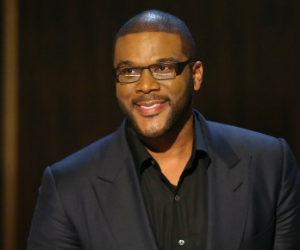 According to The Columbus Dispatch, filmmaker Tyler Perry visited a concert at Finland Middle School in Columbus, Ohio and donated $100,000 to help student athletes in South-Western schools.

Perry heard about the school after seeing a piece about it on “Real Sports with Bryant Gumbelâ€ that aired on HBO in September. The HBO piece was about Finland teacher Mary Mulvany, helping the school raise scholarship money after South-Western schools gained attention after they eliminated athletics and extra-curricular activities after a failed levy in 2009.

Mulvany helped start a foundation that raised scholarship money to cover fees ranging from $75 to $150 per sport. After Perry learned of this, he wanted to also contribute.

“I want to sponsor as many kids as I can,â€ Perry told more than 700 students and staff members.