Tyler Perry on Spike Lee: 'I've Always Been a Fan of His' 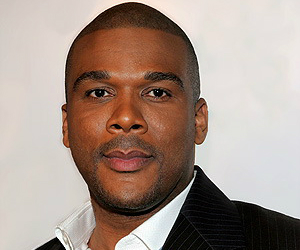 It seems that there has been a ‘rivalry’ between two of America’s great black filmmakers, Tyler Perry and Spike Lee.

In a 2009 interview, Lee stated Tyler’s films were “troubling.” Tyler responded years later by saying, “Why the hell would I be worried about a Spike Lee or anybody else? They all can go straight to hell.”

In a recent interview with Oprah Winfrey, Perry actually complimented Spike Lee, which shocked Oprah. He stated that they are only dissimilar in background and upbringing.

“We’re very different in the sense that I’m a Southern boy. Grew up in Louisiana, spent most of my time in rural Louisiana,” Tyler explains. “He grew up in New York. His father’s a jazz musician, his mother’s an educator. But of course our stories would be different. It doesn’t mean that one is less important than the other. They’re just different stories.”