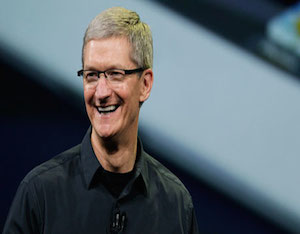 If you haven’t read our story documenting Apple CEO Tim Cook coming out and being “proud” to be gay, his admission has already impacted social circles.

After years of silence, whispers, rumors, and innuendo, Cook admitted his sexual preference in an essay for Bloomberg Businessweek that ran Thursday. While he honestly admitted that his sexual orientation was not much of a secret to many people at Apple, his public confession has done lots to make the plight of the LGBT community well known.

“Let me be clear: I’m proud to be gay, and I consider being gay among the greatest gifts God has given me,” Cook wrote in his essay. The admission makes him the first, and possibly only, Fortune 500 CEO who is openly gay. With him at the helm of one of the world’s most successful companies, Tim Cook has become an instant legend in the eyes of the minority community.

As that collectively hits your brain, we showcase some of the diverse reactions from Twitter to the news that the 53-year-old Apple CEO has come out as gay.