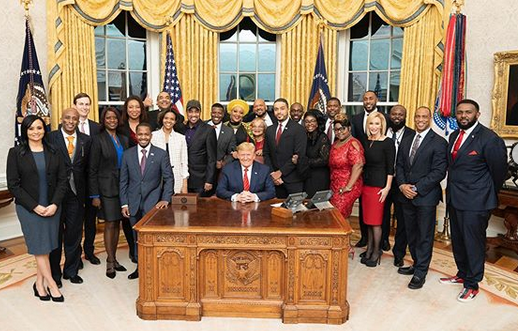 As far as public perception goes, most black voters are not in favor of President Donald Trump. However, the numbers don’t exactly say the same thing.

According to a recent NBC/Wall Street Journal poll, Trump has a 14% approval rating among black voters with every 8 out of 10 African Americans stating that they are uncomfortable with the possibility of him getting re-elected for another four years. Another poll conducted by the BlackPAC showed that most African Americans are not only dissatisfied with the current administration, but the overall state of the country right now. The survey shows that 76% of black voters are completely dissatisfied with the overall direction of the country, 42% believe that the economy is getting worse, and 77% believe that he is a racist.

“Black voters want a courageous moral leader who can unify the country,” said Adrianne Shropshire, BlackPAC executive director, in the report. “In addition to bold, progressive policies, black voters are looking for a leader who will bring the nation together, meaningfully improve the economy, and defeat Trump. It’s clear that there is still a lot of work to do to demonstrate who can heal the nation and course correct our democracy.”

Despite the low numbers, this is only one half of the story. While black voters as a majority may seemingly move in one direction, there is still a stark divide between genders. In the same NBC/Wall Street Journal poll, the results show that 24% of black men approved of Trump in comparison to 6% of black women who approved of the current president. These polling results are still low compared to other ethnic groups—32% of Latino men and 25% Latino women approved of the current administration—but this trend is unique to this election. Even during the Obama administration, exit polls showed that black women were more in favor of Barack Obama in comparison to black men in 2008 and 2012.

So why is there a gender gap? The answer is complex and no one has studied these voting trends between the two groups. However, this hasn’t stopped the Trump campaign from rolling out different tactics to persuade black voters to vote for him with the creation of field offices in 15 cities, including five in his other “home” state, Florida. His target is primarily black men. For critics like policy analyst, Stewart J. Lawrence, the reason there is a segment of black men that support Trump comes down to his persona.

“Trump is a genuinely ‘aspirational’ figure for some African American men — in fact, quite a few, higher than has been reported, I think,” Lawrence told Vox. “I did quite a few informal interviews before the 2016 election and [was] surprised to see how far this went — but perhaps less surprising against a female Democratic candidate.”

To others like Ugonna Eze, a conservative black law student at the University of Chicago, while his actions are mortifying, his policies aren’t. “While I don’t appreciate some of his tweets or rhetoric,” he told Vox, “I think the president correctly assessed the challenges posed by China’s economic misbehavior, America’s protracted engagements in the Middle East, and the problems that came with lax enforcement of our immigration laws.” He plans to vote for Trump in the 2020 election.

Black women, on the other hand, tend to vote more on progressive views and Democratic. For people like Shelley Wynter, a radio host based in Atlanta, this gap represents only one of the many problems that divide the community. “There’s also a gap in a lot of things, particularly in the black community,” he said. There’s “the gap that exists with the whole Me Too movement, there’s a gap that exists in the whole world of accusations proving guilt. There’s a tremendous gap among males and females around many issues, and I think Trump’s just one of those issues.” 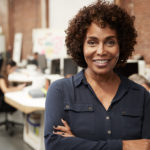 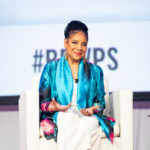