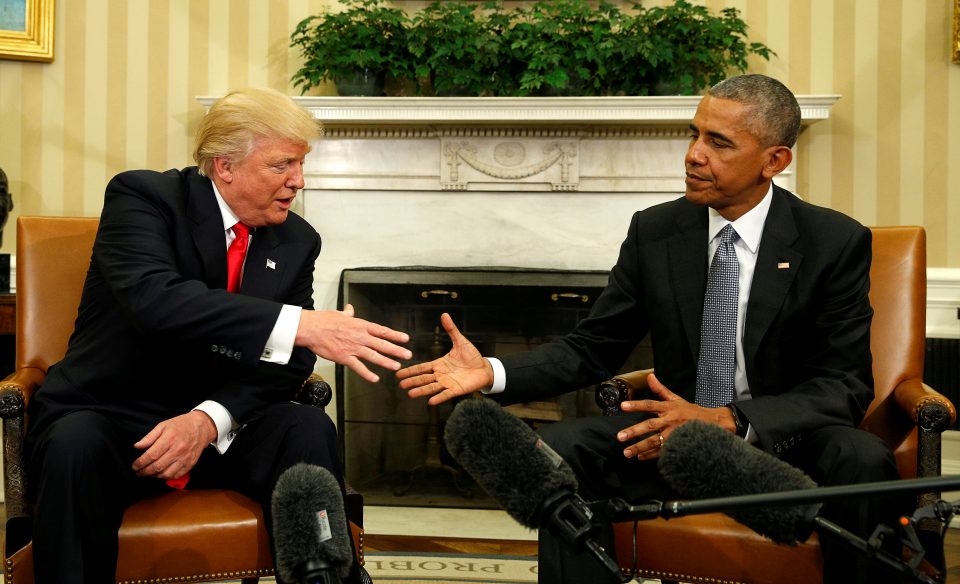 By Jan Wolfe (Reuters) – U.S. President Donald Trump has accused his predecessor Barack Obama of seeking to damage his presidency, repeatedly referring to it as “Obamagate” but offering no details.

Trump has not made clear what he is accusing Obama of doing but the allegations appear to focus on law enforcement actions taken at the end of Obama’s presidency. Trump pushed the allegations during a blitz of 120 tweets and retweets on May 10, Mother’s Day.

Among them was an article the Republican Trump shared from a conservative writer alleging that, following a meeting in January 2017, the month Trump took office, former FBI director James Comey, having decided to remain loyal to the Democrat Obama, withheld information from Trump; “it was OBAMAGATE,” Trump wrote.

“The biggest political crime in American history, by far!” Trump wrote when he retweeted a conservative talk show host’s accusation that Obama “used his last weeks in office to target incoming officials and sabotage the new administration.” He provided no evidence to back the claims.

Trump’s retweets that day suggested that what he calls Obamagate, a play on the word Watergate, a Nixon presidency scandal, centers largely on an FBI investigation into Russian interference in the November 2016 election which Trump won.

For years before his election Trump fueled his jump from reality TV star to political figure by championing the false claim that Obama, the first black U.S. president, had not been born in the United States. Early in his presidency Trump claimed without evidence that Obama had ordered the tapping of his phones in Trump Tower.

Grappling with a pandemic that has killed more than 80,000 Americans and facing a November re-election challenge by Obama’s vice president Joe Biden, Trump relaunched his attacks on his White House predecessor. Trump has in the past floated unsubstantiated conspiracy theories, and critics say he is putting up a smokescreen now to draw attention from the health crisis on his watch.

While Trump has long bristled at the suggestion that foreign interference helped his upset 2016 victory, multiple reviews by U.S. intelligence agencies concluded that Russia acted to undercut his rival Hillary Clinton’s chances in that election.

Although Russia denied meddling, a bipartisan U.S. Senate Intelligence Committee report released in April concurred with the spy agencies’ findings. It found the intelligence analysts who made those assessments “were under no political pressure to reach specific conclusions.”

WHAT ELSE PRECEDED TRUMP’S ‘OBAMAGATE’ CLAIMS?

Trump launched his storm of tweets after the Justice Department, which oversees the FBI, sought to drop a criminal case that U.S. Special Counsel Robert Mueller brought against Michael Flynn, Trump’s first White House national security adviser. Trump and his political allies had loudly called for the case to be dropped.

On May 7, the Justice Department, led by Attorney General William Barr, a Trump appointee, said it wanted to drop the case because it was no longer convinced the FBI’s Jan. 24, 2017, Flynn interview that underpinned the charges was conducted with a “legitimate investigative basis” and did not think his statements were “material even if untrue.”

The move was all the more unusual because Flynn had pleaded guilty to lying to the FBI about his dealings with Sergey Kislyak, the Russian ambassador to the United States, in the weeks after Trump won in 2016 but before he took office.

Prosecutors said that in conversation with Kislyak, Flynn discussed U.S. sanctions against Russia and asked him to help delay a U.N. vote seen as damaging to Israel, a move contrary to Obama’s policies in December 2016.

The federal judge overseeing the Flynn case has yet to decide whether charges may be dropped.

Flynn’s lawyers argue he was ambushed as part of a plot by biased FBI agents. Many former law enforcement officials have said the FBI acted properly in questioning Flynn and that Barr is protecting Trump’s friends and associates.

In May 2019, Barr assigned prosecutor John Durham to review the origins of the investigation into Russia’s 2016 election interference. A source familiar with the investigation told Reuters in October that the inquiry had become a criminal investigation, a sign Durham suspects laws were broken.

Democratic lawmakers and some former U.S. officials have criticized the Durham probe, saying they have seen no evidence of improper behavior, let alone illegal activity, by U.S. intelligence and law enforcement agencies during the long-running investigation.

When pressed by the reporter to name a criminal offense, Trump said: “You know what the crime is. The crime is very obvious to everybody. All you have to do is read the newspapers, except yours.”

U.S. privacy laws and intelligence regulations require that Americans’ names picked up in foreign communications intercepts be concealed unless senior officials ask that they be disclosed, or “unmasked,” for intelligence or law enforcement purposes.

Richard Grenell, acting director of national intelligence appointed by Trump, on Tuesday declassified a list of Obama administration officials who sought to unmask Trump associates including Flynn and gave the list to the Justice Department.

The list includes Biden, who leads Trump in several opinion polls. Biden’s campaign dismissed the release of the list as a political stunt.

But Michael Morrell, who was an acting CIA director for Obama, said the practice of senior officials asking to know the names of people under government surveillance is quite common. “You can’t do your job without it,” he said. 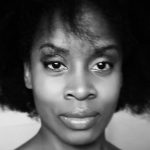 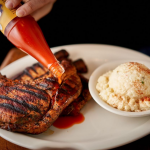