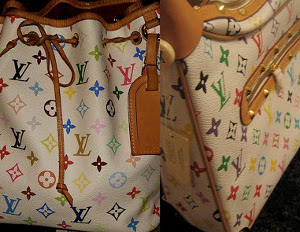 Spending more on the purse than you have in the purse is NOT a good look. Manhattan’s Chinatown is known as a shopping mecca where tourists from all over the world come to purchase bags, trinkets and other items to take home.

But when one thinks of Canal Street, the first thought is often the availability of fake or counterfeit luxury bags. Gucci, Louis Vutton, even high end Hermes Berkin bags can be found for sale, and are often indistinguishable from the real thing.

Councilwoman Margaret Chin has submitted a bill that would make it a Class A misdemeanor to purchase counterfeit merchandise, meaning that someone caught paying for a knockoff “Gucciâ€ purse, for instance, would face a $1,000 fine or up to a year in jail if convicted.

Chin said counterfeits deprive the city of at least $1 billion in tax revenue a year that could support community improvements. She says that sellers of bootleg products hurt the bottom lines of small business merchants, designers and honest vendors.

The bill was subject to a hearing before the Council’s public safety committee on Thursday, and opinion varied as to whether penalizing the purchaser was an appropriate way to stem the illegal trade in knockoff handbags, wallets, DVDs and other popular retail items. A vote is expected sometime in the coming months.

A representative of the mayor’s office, however, rejected Chin’s concept, arguing that severely punishing the shoppers would scare New Yorkers and tourists away from Chinatown, as well as from buying goods from legitimate merchants.