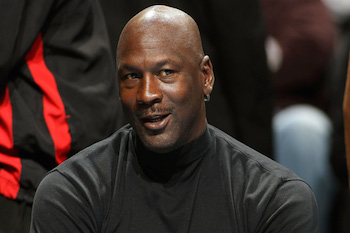 The global economic recovery is fragile at best, but that didn’t stop 155 new faces from graduating at the top of their respective industries.

A new survey, the Wealth X and UBS Billionaire Census, reveals that 155 brand-new billionaires were minted this year, a 7.1% increase from 2013. This year’s census saw the addition of 500 new billionaires although the net gain from 2013 was 155 billionaires.

An impressive 57 new billionaires were minted in the U.S. this year, with 52 from Asia and 42 from Latin America and the Caribbean.

It brings the people with a net worth of $1 billion to 2,325, the highest number of billionaires ever recorded. Their combined net worth? A whopping $7.3 trillion.

Wealth-X tells Black Enterprise, “Our data shows thatÂ onlyÂ two out of 571 billionaires in America areÂ African Americans. As the Wealth-X and UBSÂ Billionaire Census 2014 is a global macro study on this wealth segment, we do not provide names of individuals.”

They also tells us, these two billionaires were not minted in 2014 (i.e. they became billionaires prior to 2014).

But according to Forbes, Basketball superstar and entrepreneur Michael Jordan is reportedly the only newly minted African American billionaire.

According to Forbes, Jordan, who is also the only African American NBA team majority owner, joined the billionaires club after increasing his stake in the Charlotte Hornets to “89.5% from 80% over the past several months.”

This suggests apart from Media Queen, Oprah Winfrey, Jordan, is the only other African American on the list.

Also of note, Dos Santos, Winfrey and Alakija are the only black female billionaires on record.

M.J. may have retired as a ballplayer, but he’s still not done breaking NBA records. He’s now reportedly the first NBA player to be worth a billion bucks.

Dr. Dre came knocking, but he’s still reportedly a couple of hundred million dollars away from kicking in the door.

Here’s the breakdown from the Wealth-X billionaire census.

Check out more about the findings on the next page…