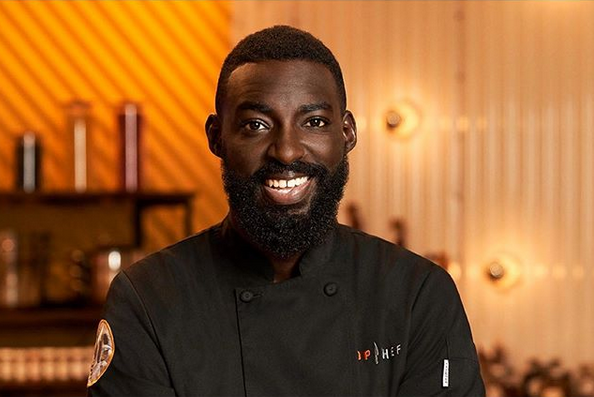 The celebrity chef will open On The Double inside the Union Market located in the northeast area of D.C this spring. Adjepong is known for his spin on West African-influenced cuisine. His first restaurant will be a fast-casual counter selling roti flatbreads and doubles, a popular street snack from the Caribbean islands and South Asia made from fry bread and spiced chickpeas. Adjepong said he got the idea while filming a challenge for the upcoming season of Top Chef All-Stars which premieres on March 19.

“I think this is an awesome opportunity to show people another side of the cuisine, or a cuisine that they may not have heard of. This is why I’m essentially trying to showcase the African diaspora through this roti shop,” Adjepong told Eater Washington D.C. “I’m really excited to serve food and meet the folks who are not only fans of Top Chef, but people that supported me in D.C. It’s been awesome, I’m a recent transplant—all of about four years now—but the amount of the support that I’ve gotten from the District has been like I’m born and raised here.”

The restaurant’s signature doubles will feature a spicy cumin and turmeric fry bread layered with curried chickpeas and potatoes. You can also expect to see tamarind lemonade and sobolo, a magenta purple-colored drink made from dried hibiscus.

The restaurant will be his first solo project since debuting on the popular cooking competition series in late 2018. He currently runs a dinner party called Pinch & Plate with his wife, Janell Adjepong, a chef who recently taught classes on West African cuisine. 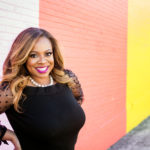 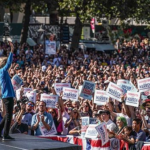 Sen. Elizabeth Warren Drops Out Of The 2020 Presidential Election