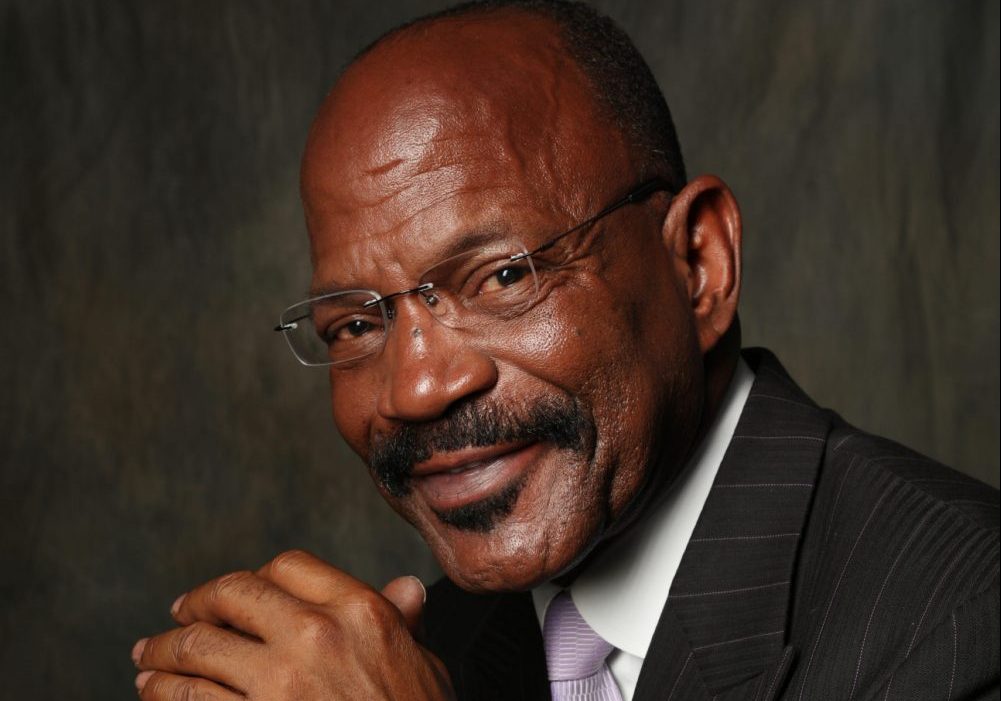 Over the last 25 to 30 years, successful black car dealer and entrepreneur Tony March figures he has given countless millions of dollars to charities. But more importantly to him, he estimates that he has spent hundreds of thousands of hours volunteering and working with charitable organizations worldwide.

The businessman counts helping others as his greatest accomplishment in life, an action that gives him the most joy.

“Anyone can write a check,” March says. “But few go into a homeless shelter, roll up their sleeves and volunteer their time.”

March made his fortune as the founder of an automotive empire that at one of its highest points had 21 dealerships in seven states in 2008. With revenue exceeding $570 million in 2018, his company March Hodge Automotive Group ranked No. 4 on Black Enterprise’s 2019 Top 40 Auto list, part of an annual ranking of the nation’s top black-owned businesses. The company now has 12 dealerships in Tennessee, Massachusetts, Georgia, Connecticut, Virginia, Ohio, and New York.

Co-CEO March projects March Hodge Automotive will add another $100 million in revenue in the next five years, aiming for $670 million by 2025. He expects half of the growth to come from the improved performance of existing stores and the other half from acquisitions.

In his new book, Paying It Backward (Forefront Books; $26) out this month, March provides an eye-popping glimpse of his stunning ride of enduring such forces as poverty, racism, homelessness, sexual abuse, and other challenges and transitioning to become one of the nation’s most lucrative black-owned businesses. More glaringly, March maintains, how regardless of circumstances anyone can rise from the bottom to the top, overcome barriers, and gain a heart for helping and serving others. 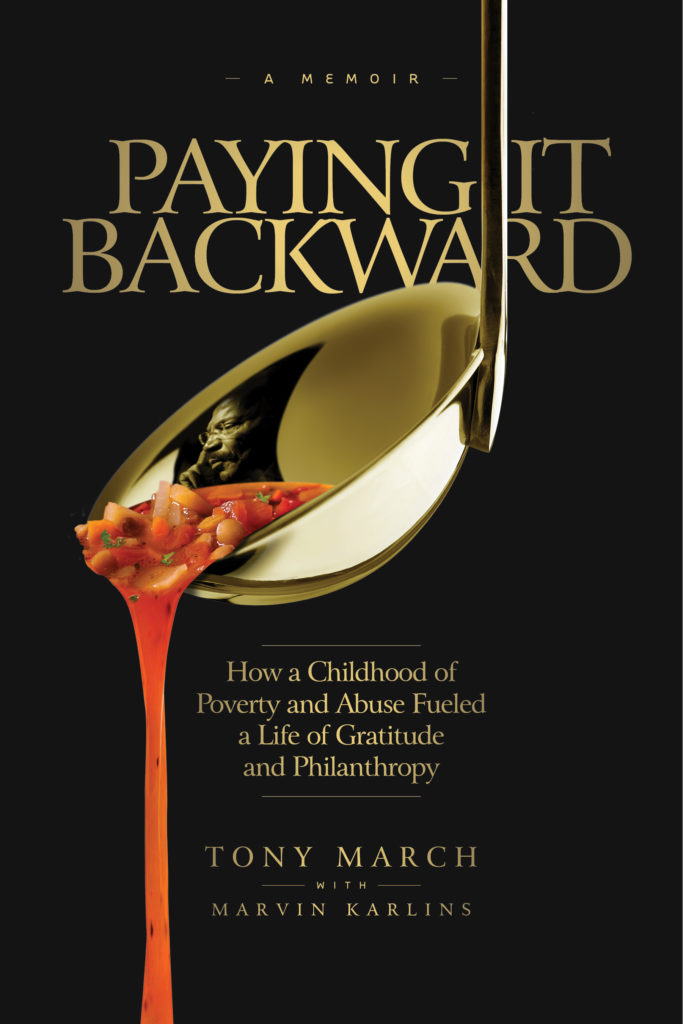 Also a philanthropist, March has leveraged a diverse professional career to help those inside and outside of the business world. He has received 32 distinguished car dealerships awards, including the Black Enterprise Auto Dealer of the Year in 1999 and 2013. He has helped several other African Americans open car dealerships or kept some going. That giveback earned him the GM Minority Dealer Association’s Trailblazer Award in 2007.

He received Time magazine’s Quality Dealer Award in 1996 and 2007. “I especially like the fact that the main factor Time considered was the dealer’s charitable contributions to his community,” March writes in his book. But his journey was far from easy. He talks about growing up in the Black Box, a ghetto in Daytona Beach, Florida, along with other impoverished people of color and being on the “other side of the tracks.” The struggle helped March develop survival instincts and a spirit of determination.

With that mindset, March was able to rise up, graduate from high school, and attend Howard University’s School of Engineering, allowing him to land an engineering position with General Motors. Combining hard work and continued determination, March steadily built his company. He teamed with another black dealer, Ernie Hodge, in 1998 to form his auto holding company.

As a community leader, March was entrusted to help manage $1 billion in state funds in Connecticut. Yet, he has never forgotten his painful childhood, something that made him grateful and fueled a willingness to help underserved people, particularly children living in poverty and the homeless community. March was featured on the TODAY Show, talking about his book.

Black Enterprise talked with March to get a peek of his fresh book.

As a highly regarded auto dealer executive and an influential model for many black entrepreneurs, what prompted you to write the book now?

I wrote the book as a memoir to my life story. There are two reasons why I wrote the book. One to inspire the underprivileged like I used to be, helping them realize that it’s just their beginning and not their end. Secondly, to inspire those God has blessed with treasures and success for them to realize, especially successful minority car dealers, that it is their responsibility to give back to their communities to make this a better world to live in.

Who would you say influenced your life the most?

I had four teachers, whom I call the HAWKS, that took me under their wings. They gave me the inspiration and drive to be a great student in high school and middle school. They taught me that in order to break the poverty cycle you have to get an education. They were the inspiration for my success.
As I climbed to the top of the mountain, I decided to turn around and look at the bottom of the mountain and help those where I used to be. That is why the book is called Pay It Backward. I started the Pay it Back Foundation in 1995 to inspire those at the bottom end and encourage those with wealth to give back to their communities. I’m trying to pull up my fellow brothers and sisters to stand next to me. That is the essence of the whole book.

Why is Paying It Backward to the community such a passion for you?

In my case, it’s simple. I was one of them. I was hungry and eating out of garbage cans. By the age of 16, I had moved 17 times, including staying in an orphanage home. I want to make sure that as many people I can help never have to grow up like I did.

You write that ultimately—even given the extremely poor hand in life you had to endure—that the greatest source of trauma in your life was your mother. But you also say she was the one who taught you the importance of relying on God. How has having that relationship with God, today and in the past, guided your life as a multimillionaire business executive and philanthropist?

I have a plaque in my kitchen that I look at 30 to 50 times a day. And it says: “Truly I tell you, whatever you did for one of the least of these brothers and sisters of mine, you did for me.’’ Matthew 25:40. That plaque drives my life and is a description of my life. I wake up every day and ask God, ‘who do you want me to help today?’ My life is driven now by running the foundation full-time, visiting homeless shelters and organizations that are doing something to help the underprivileged.

What are the biggest hurdles stopping black entrepreneurs from becoming successful and how can they conquer them?

The biggest obstacle facing any entrepreneur is raising capital. That will always be the No. 1 reason for any entrepreneur’s success or failure is accumulating capital. And minority entrepreneurs face it 10 times worse than majority entrepreneurs. In my case, I was fortunate enough to obtain loans four times from the GM Motors Holdings division and two loans from Toyota Dealer Development to acquire dealerships—an extraordinary achievement in the auto industry.

You have been a preeminent black businessman for some 35 years. If you had to give the next generation of black entrepreneurs advice, what would some of your top suggestions be before they open or expand a business?

I was fortunate to go to the GM Minority Dealer Academy. The best advice I could give to a young entrepreneur is to know your business. Find a role model in the business you want to be in and learn everything that you can from that role model. They can guide you through all the mistakes they have made so that you don’t make the same mistakes. 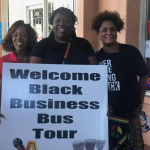 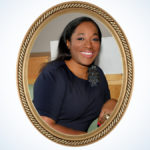