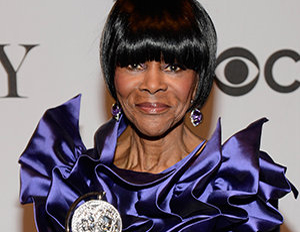 “I have never seen characters as ‘black’ or ‘white,’ and I believe that people who saw my casting as a gimmick-well, that’s there limitation,â€ Tyson said Monday. “Because I’m black doesn’t make me any less human. The Tonys honored all of us for playing our characters as human beings.â€

Casting minority actors in traditionally white roles has been common for decades, with the belief that it will offer a fresh perspective on a classic. This is evident in the forthcoming Broadway revival of Romeo and Juliet with Orlando Bloom and Condola Rashad, who was nominated for a supporting role this year in “Bountiful,â€ starring as Romeo Montague and Juliet Capulet, respectively. This will be the first Broadway rendition of the classic Shakespeare play since 1986. The director, David Leveaux, has said he seeks “to reflect real life rather than make a comment on race,â€ in terms of casting choices. The race dynamic will surely add a 21-century flare that many people will hopefully relate better to.

However, even with the historic win for black actors, another underlying issue was vividly present—the lack of roles for other minorities. Hispanic director Tlaloc Rivas said via Twitter, “The TONYs will never look like America until Latinos, Asians & others beyond the B/W spectrum are represented as well.â€

Month of the Man: How Black Men Can Win In Corporate America

Bria Murphy Says, ‘Lots of Girls Get Addicted to Drugs and Anorexia’