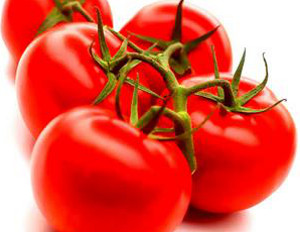 If President Barack Obama’s administration follows through on a decision to end a long-standing tomato trade agreement with Mexico, experts fear the price of tomatoes could rise exponentially.

The U.S. Commerce Department said in September that it favored ending the 16-year-old tomato agreement. The department feels that the agreement fails to protect U.S. growers, especially in Florida, against Mexican tomatoes that are sold in the US, often below the cost of production.

Officials said negotiations over the agreement would continue this week in Washington, but fear if an agreement isn’t reached a bitter trade war would ensue.

Terminating the tomato agreement would give Florida farmers, who already compete with Mexico for the U.S. winter and early spring market, the chance to file a complaint against their Mexican rivals.

Lance Jungmeyer, president of the Fresh Produce Association of the Americas said a complaint would almost certainly lead to “prohibitive duties” that would sharply curb or cut off Mexican supply completely, due to increased costs for U.S. importers and distributors. Mexican officials have already threatened retaliation if Mexico’s tomato exports to the US are damaged by the trade dispute. Currently, Mexico’s tomato exports are valued at nearly $2 billion a year.

Jungemeyer said a study found that U.S. consumers would be hit with huge premiums for fresh tomatoes, with prices doubling or even higher, if distributors were forced to remove Mexican tomatoes from the marketplace. Under some scenarios, tomatoes could become “more expensive than steak,” he said, adding that prices could quickly spiral to levels “more than the American consumer can bear.”

Millennial Edition: 4 Things You Should Never Say to Your Boss