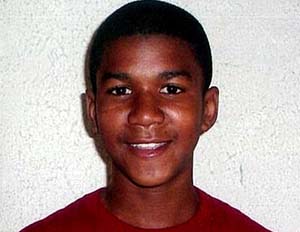 A former top GOP official is in hot water for his offensive tweets about Trayvon Martin.

Martin, whose 18th birthday would have been today, was killed last February in Sanford, Florida by neighborhood watch coordinator George Zimmerman. The teen was unarmed at the time.

South Carolina’s Todd Kincannon, who served as the executive director of the South Carolina Republican Party between 2004 and 2010, tweeted: “Hey what’s the difference between Trayvon Martin and a dead baby? They’re both dead, but Pepsi doesn’t taste like Trayvon.”

Kincannon also made a dig at Hurricane Katrina victims, on his Twitter page.