As we head into the holiday season, nearly 2 million people won’t be so jolly.

The Senate’s decision not to renew federal extended unemployment benefits became a reality when Tuesday’s deadline hit. The congressional decision worries many state unemployment agencies, whose responsibilities include distributing state unemployment checks to those who are out of work, because most of the recipients count on those checks to pay for essentials such as food and rent.

“It’s a critical safety net program,â€ said Nancy Dunphy, New York State’s deputy commissioner of labor for unemployment security, to CNNMoney.com. “This is the worst time of year to be running out of benefits.â€

Next April, another four million peopleÂ will join the pool of unemployed whose benefits have been axed. Unemployed Americans whose state benefits have run their course are already blocked from entering the federal system in many states, and after this weekend, those already in a federal emergency benefits system will not be able to move to the next tier to receive compensation.

Are you currently receiving unemployment? Be sure to check with your state agencies to see whether or not you should still file claims or what steps you may be able to take to continue to receive your beneifits. 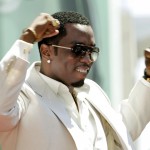 So You’ve Been Fired… Now What?: 7 Celebrities Who Survived the Axe