Time Inc. Plans to Sell Essence Magazine By the End of 2017

Time Inc. announced Monday that it is looking to sell a majority stake in Essence magazine by the end of 2017. Although Time Inc. CEO Rich Battista described Essence as a “core asset” in an interview with The Wall Street Journal, he revealed that the publishing company is looking for a new investor that could enhance the magazine’s growth.

“We want to unlock the value here. We think the best way to do that is to bring in a strategic partner with investment capital,” Battista told the WSJ.

Despite the decision to sell Essence to another company, Battista said that Time will maintain a stake in the magazine, citing Essence‘s increased digital presence and lucrative events businesses, like the Essence Festival, which raked in more money in 2015 than the magazine earned that entire year. “We’re keeping an interest because we see real upside,” said Battista.

In the meantime, Time Inc. will eliminate its “noncore assets” while focusing on its “core assets and core areas of growth,” which include magazines such as People, InStyle and Time.

The announcement comes just a month after Time laid off 300 employees in June and three months after Time decided to end acquisition talks with interested buyers in April in order to remain independent, despite its slump in advertising sales and circulation.

Originally launched in 1970, Essence is a marquee lifestyle brand for African American women that maintained its status as a black-owned publication for decades, until it sold all of its assets to Time Inc. in 2005. In response, Black Enterprise CEO/Publisher Earl Graves Sr. criticized the publication for failing to give black entrepreneurs an opportunity to invest in Essence.

“In selling their controlling interest to Time Warner, CEO Ed Lewis and the shareholders of Essence Communications have made the best deal they felt they could make. It is unfortunate, however, there wasn’t an open bidding process in which black entrepreneurs could have made an offer for the company and possibly preserve Essence as a black-owned business and institution. There are a number of black entrepreneurs—including those who own and operate BE 100s companies—who had the resources and management capability to acquire and run Essence Communications,” Graves said in a statement.

“Time Inc. has owned Essence for 12 years. Now, it plans to sell a majority stake as a means of unlocking its value. It would be fitting if an African American-led group of investors could purchase that majority stake and apply new business and digital strategies to enhance the brand for a new generation. As such, Essence’s return to the BE 100s—our listing of the nation’s largest black companies—would be much welcomed as well as serve as a source of entrepreneurial inspiration.” 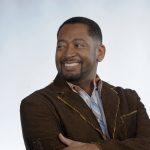 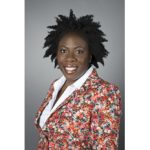