As He Soars, Sales of Tiger Woods PGA Tour 14 Steady 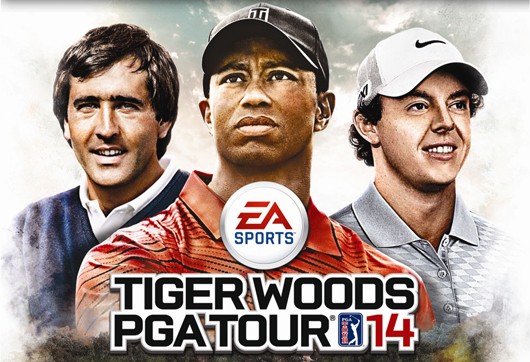 Even in the worst of times, EA Sports stood behind Tiger Woods. That couldn’t have seemed more true in the winter of 2009, when, embroiled in a personal scandal that cost him millions, EA stood by the face of its golf franchise.

“There is no change in our marketing strategy for the franchise,â€ an EA Sports spokesperson told the website Joystiq, amid widespread speculation that they were going to break ties with the star. “Our strong relationship with Tiger for more than a decade remains unchanged.”

But then-CEO John Riccitiello (who resigned because of poor sales in March of this year), told an audience at the 2010 Reuters Global Media Summit that both brands needed to be their best in order for them to keep working together.

“Both of those things need to be true in the long run for the partnership to make sense,” Riccitiello said, according to Joystiq.

The message was clear: Tiger needed to start winning.

Well, Tiger Woods is again the No. 1 player in the world. He might have well been on his way to winning the Masters last month, if not for the terrible bad luck of his ball rolling into the water after hitting the pin on No. 15, the subsequent errant drop costing him another two strokes. And after winning the Players Championship in dominant fashion last Sunday, Woods is the favorite heading into the U.S. Open, which begins Thursday, June 13 at Merion Golf Club just outside Philadelphia.

No one seems to be asking if he can win majors at 37 — it seems clear that he can. But with the video game industry in the midst of an economic lull, Woods’ performance at Merion — as well as at the Open Championship and PGA Championship, both majors — couldn’t hurt sales of Tiger Woods PGA Tour 14 game, amid rumors EA will skip making the game next year to put two years of development into a 2015 version. The tech website Kotaku reported sources said that EA would not produce Tiger Woods PGA Tour 15 amid widespread layoffs at the company. EA would not comment on the rumor.

The game has sold approximately 90,000 copies in North America, and 170,000 worldwide for the Playstation 3 and XBOX 360 consoles, according to the video game sales tracking website vgchartz.com. The highest selling version was the 2003 version of the game, with 1.64 million copies sold worldwide. This year’s game features the Legends of the Majors mode, allowing players to play in tournaments from the 1930’s. The promotion for the new feature was controversial but wildly entertaining featuring golf legend Arnold Palmer.

If you’ve never had the game, it seems there’s no time like the present: The standard edition of Tiger Woods PGA Tour ‘14 for XBOX 360 is available on Amazon for $40.

When Do You Check Your Email? New Report Says Most Do ‘At All Times’