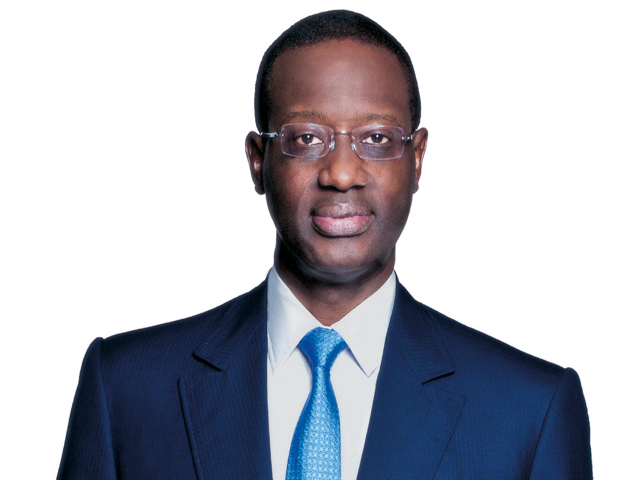 The Board of Directors for Credit Suisse Group AG has named Tidjane Thiam as its new CEO, following the departure of Brady W. Dougan.

Born in CÃ´te d’Ivoire, Thiam was raised and educated in France and holds an MBA from INSEAD. After several years of working for McKinsey & Company in Paris and New York, Thiam worked for the government of CÃ´te d’Ivoire, where he served as Minister of Planning and Development before returning to McKinsey and Company as a partner. From 2002-2008, he worked in leading roles at Aviva insurance company before joining the Prudential family as a CFO. In 2009, he became Prudential’s CEO, making him the first black CEO of a FTSE 100 company.

“I am honored to be offered the opportunity to lead this great institution and particularly to follow Brady, who has been such a distinguished CEO,” said Thiam in a news release. “Credit Suisse has an exceptional business, great people, a solid strategy and strong momentum. I look forward to working with the senior management team, the Board of Directors, and all the employees of Credit Suisse to maintain, further the strong momentum, of the franchise and serve our clients in Switzerland and around the world.”

Thiam, who officially stepped into his role July 1, has already made strides towards building his dream team at the company. With investors being optimistic that the new CEO will switch Credit Suisse’s focus to lucrative Asian wealth management and shrink its cash-intensive investment bank, Thiam has recruited his long-time associate Pierre-Olivier Bouee to chief of staff. In addition to bringing former Prudential employee Bouee on board, Thiam has moved Fridolin Walch to business manager role from corporate development, and Rob Basso, who worked in the office with former CEO Brady Dougan, to focus on human resources at the investment bank and on private banking and wealth management products.

Gay Marriage Study: 52% of Negative Tweets Cite ‘Religious Beliefs’ As Cause for Opposition