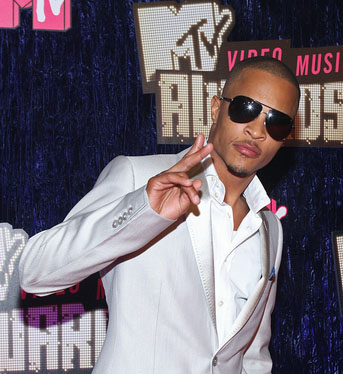 I’ll have to admit, when I first heard the news last week that rapper T.I. was getting his own MTV reality show focusing on his 1,000 hours of community service related to last fall’s gun possession case, I was a bit annoyed. Not that I have anything personal against the Atlanta-based rapper born Clifford Joseph Harris Jr. He’s clearly talented and has the star power coveted by the music industry and Hollywood alike.

But that’s not the point. I thought, once again, the entertainment industry—largely controlled by people who look nothing like T.I.—have found it prudent to create programming content that celebrates and glorifies a culture of violence and death in the black community that is hardly amusing in many urban centers today.

Hopefully, I spoke too soon. As it turns out, the MTV show will center on the rapper as he talks to youths about his brushes with the law and poor decisions of the past.
The goal is to dissuade young people from going down T.I.’s troubled road. In an interview with the network’s host Sway, the rap star said, “I made a horrible mistake. I will not let the mistake define me.” And it shouldn’t—redemption can be earned.

Yet while T.I.’s objectives appear noble, and arguably they are, the concern still lingers that far too many of our black youth will see the show as vindication and validation of the gangster lifestyle—that getting arrested is not that bad after all. Gun possession plus arrest equals more street cred, which equals a reality show deal. And I doubt it’s accidental that, according to Variety, the show will also chronicle the release of T.I.’s forthcoming album, Paper Trail.

With the music business facing its woes as consumers make itÂ  clear that free music is preferred, even demanded, music executives and artists must continue to think creatively about how to reach listeners and, more importantly, music buyers. It is clear that T.I. and his team understand the value of cross promotion and brand extension in today’s fractured marketplace.

The Grammy winner won’t be the first rapper with legal challenges or a tarnished past to land in reality TV land. In 2006, BET reaped enormous dividends with its hit series Lil’ Kim: Countdown to Lockdown produced by Tracey Edmonds. That six-part series, which focused on the final 14-days of freedom for the rapper before she entered prison after a perjury conviction, was the most-watched debut series in BET history, with 1.9 million viewers. And while not focusing on the legal troubles
of its star, VH1’s Flavor of Love 2, another Viacom property, earned the network’s biggest audience ever when its season finale drew 7.5 million viewers in fall 2006.

It just so happens that T.I.’s show is reportedly being produced by Ish Entertainment, headed by Michael Hirschorn, former VH1 executive vice president of original programming, and Stella Stolper, VH1’s former senior vice president of talent development. It was Hirschorn who oversaw

African Americans in the GOP

A Tale of Caution