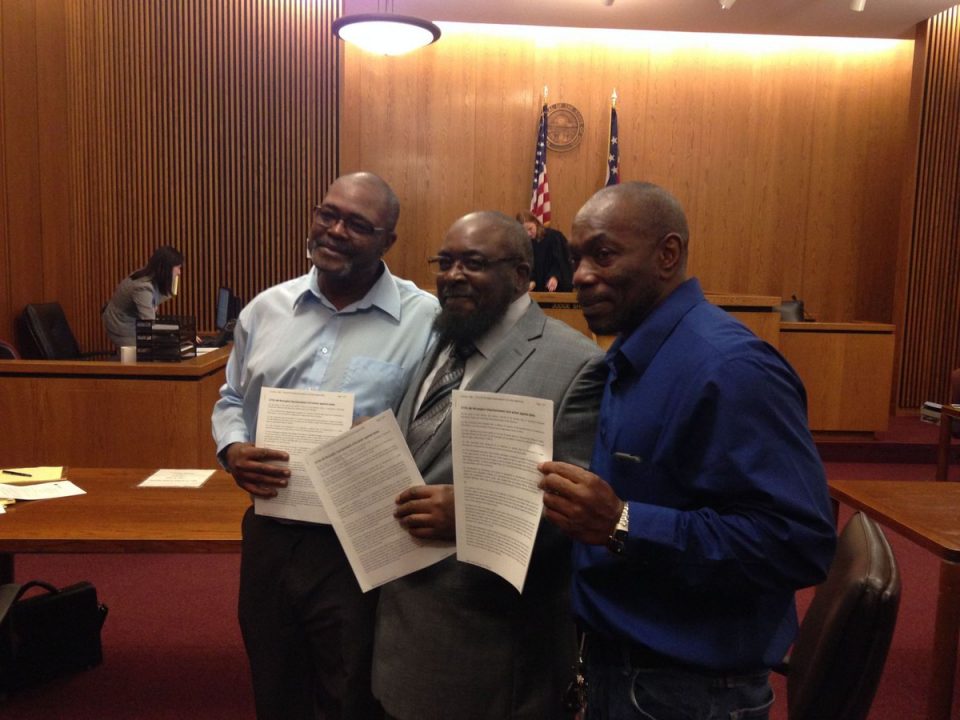 Ricky Jackson, Wiley Bridgeman, and Kwame Ajamu celebrate after having their convictions reversed. The trio spent a combined 117 years in Ohio prisons for a crime they did not commit and were awarded $18 million for their suffering.

Three African American men who spent more than 100 years combined in prison, were awarded $18 million from the city of Cleveland for wrongful murder convictions in 1975.

According to Friedman and Gilbert, the law firm representing the two brothers, the settlement was the largest in the state’s history awarded over police misconduct.

The three men, now in their 60s, were convicted of murder in 1975 for shooting money-order collector Harold Franks. The men maintained their innocence even while imprisoned and were finally cleared in 2014.

Jackson, who served 39 years before he was released, said the money doesn’t come close to the time he lost in prison. Ajamu, agreed.

“Money cannot buy freedom and money certainly does not make innocence,” Ajamu told reporters after agreeing to the settlement.

Jackson will receive $7.2 million and Bridgeman and Ajamu will split the rest, according to Jackson’s lawyer Elizabeth Wang.

“No amount of money can compensate them for what they went through,” Wang told reporters.

A jury found Jackson, Bridgeman, and Ajamu (then known as Ronnie Bridgeman) guilty of murdering Franks and the trio was also convicted of trying to kill store owner Anna Robinson.

All three men were sentenced to death but the sentences were reduced to life in 1978 when the state enacted a short-lived moratorium on the death penalty. At the time of the conviction, the three were just 17, 20, and 18 years old.

In 2014, almost 40 years later, Edward Vernon, the eyewitness, who was 12 years old at the time, said city detectives pressured him to lie on the witness stand. Vernon said the police threatened to jail his parents and that police manipulated him, according to a Cleveland.com report.

Three Baltimore men were exonerated in November 2019 after a wrongful conviction put them behind bars for 36 years in prison for a crime they didn’t commit. The men received $2.9 million in a settlement finalized in March. 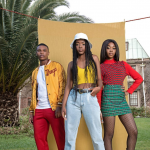