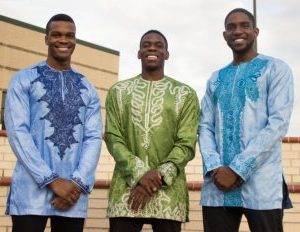 It’s hard to launch a business in the United States, where the vast majority of new ventures fail within ten years. In Africa, where Ikenna Nzewi, Isaiah Udotong, and Uzoma Ayogu and their families are from, it’s almost impossible.

Today, 85 percent of small and medium-sized enterprises (SMEs) in Africa lack the necessary capital to scale. That’s thousands of businesses that could feed, power, and educate local communities — essentially a wealth of untapped potential, says Nzewi, a Yale University senior who has deferred an offer from Bain & Company to do something about it.

In 2015, Nzewi, Utodong, and Ayogu, started Releaf, a big data platform to make it easier to invest in African businesses. They staffed management consultants on projects at African SMEs, starting with agribusinesses in Nigeria. The goal: To translate increased operational efficiencies into capital and growth. From the get-go, one particular figure astounded the group: Nigerians send approximately $21 billion to their families back home every year, yet large groups of people were still living in poverty.

“The world has tried giving fish to Africa,â€ says Nzewi. “But it hasn’t promoted a stronger economy. We must give our people fishing rods, enabling them to build businesses by providing mentorship and the capital to scale.â€

The founding partners birthed the idea for Releaf during a Google Hangout in June 2015. Students at MIT, Yale, and Duke, each was raised to take great pride in his Nigerian heritage, but lacked an outlet to tangibly give back. “Our thesis is that people of the African diaspora have a critical role to play in African development as partners, not saviors,â€ says Nzewi. “We must understand where our skills can drive sustainable development.â€

The Releaf founders vowed to get to work on the ground within just three months of coming up with the idea. Sponsored by President Akinwumi Adesina of the African Development Bank, the team took a mission-defining trip to Nigeria in order to meet clients, observe research, and acquaint themselves better with their clients needs. More than 100,000 Facebook fans later, Releaf is gaining business data and presenting it to investors with a clear goal.

“We’ve gone from a quasi-traditional remote consulting firm to a big data company that thinks holistically about what African entrepreneurs need to scale their enterprises,â€ says Nzewi.

Releaf does the heavy lifting for investors to save them time sourcing deals, and its analytics platform uses previous investor deal data and preferences to find strong investments.

“Our insights have come from hundreds of calls at all times of the day, which is sometimes overwhelming as a full-time student,â€ says Nzewi. “But the volume of support we’ve received demonstrates that Nigeria is a much different place than when our parents left it.â€

While Releaf didn’t know exactly how it would monetize for the first year, its founders discovered a niche by focusing on customer need, and found this led them directly to willing buyers. Now, investors, researchers, and corporations pay for access to the company’s SaaS platform to more quickly source deals and evaluate ones in their pipeline. To further fill the pipeline, Nzewi and Ayogu plan to move to Nigeria after graduation. They have launched a crowdfunding campaign in late January with a goal of raising $40,000 by the end of February to fund their research-based travels and growth.

“Releaf feels like my child,â€ says Nzewi. “It’s hard to explain how passionate I am about this organization, but I think it’s best demonstrated by the weird feeling I get after being away from responsibilities for even a day. I will make it a success for my team and for the Nigerian people.â€

The WellÂ is the digital magazine of Jopwell, the career advancement platform for Black, Latino/Hispanic, and Native American students and professionals to unlock opportunity.Â SubscribeÂ to receive weekly stories and advice in your inbox.

How to Cultivate Customer Relationships Built on Trust