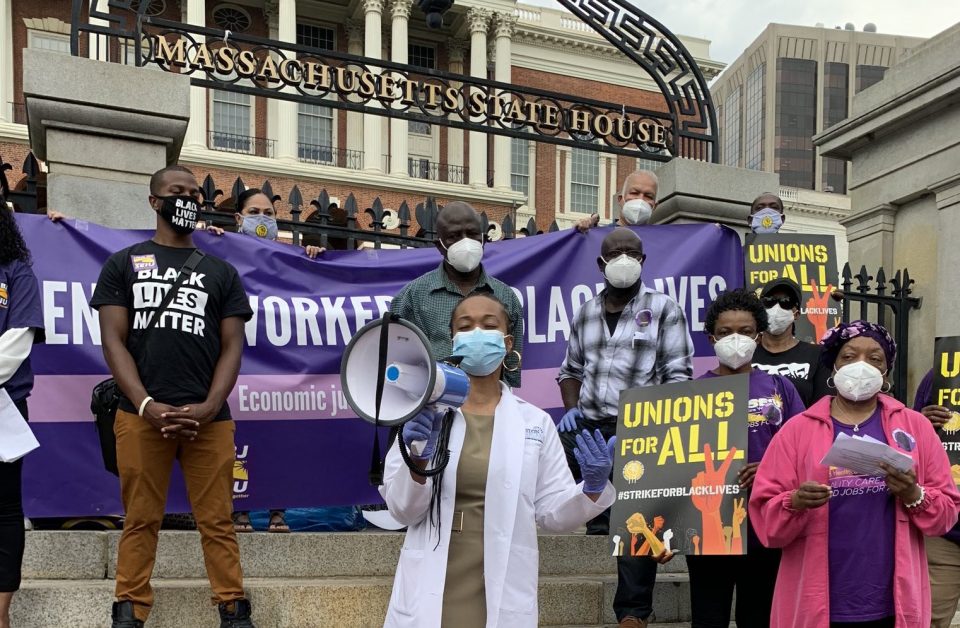 Thousands of essential workers walked off the job Monday in the Strike For Black Lives, demanding corporations raise wages, provide healthcare and paid sick leave, and the right to unionize.

According to CNN, the walkout, called the Strike for Black Lives, took place in more than 100 cities across the U.S. Protesters included Black and Latino fast-food workers, home health aides, janitors, and others in industries where Black workers are disproportionately represented.

The Strike For Black Lives was organized by the Movement for Black Lives along with the Service Employees International Union (SEIU), the Fight for $15, the Poor People’s Campaign, and other labor advocacy organizations.

“Black people are dying, Black communities are in danger, and workers of all races have had enough,” said Mary Kay Henry, president of the SEIU—which represents almost 2 million service workers—in a statement. “With the Strike for Black Lives, we are uniting the interconnected fights for racial and economic justice.”
In addition to striking workers, organizers said thousands more walked away from their job for 8 minutes and 46 seconds, the amount of time Minnesota police officer Derek Chauvin laid his knee on George Floyd‘s
neck.
The strike was mostly aimed at large corporations such as McDonald’s, Amazon, Uber, and Lyft, who have fought against healthcare plans, paid sick leave, hazard pay, and unions.
“If you’re concerned about life, you have to challenge corporations that will put up a hashtag or slogan but do nothing about workers having healthcare or a living wage or decent employment,” Rev. Dr. William Barber II, leader of the Poor People’s Campaign, told CNN.
A study in May found Black Americans, who make up a disproportionate percentage of essential workers, are more likely to die from the coronavirus, representing 60% of deaths and only 13.4% of the population.
Many large corporations have ended the pay raises and sick leave policies they instituted at the beginning of the coronavirus pandemic. Kroger and Rite Aid ended the pay bumps in May and Amazon and Albertsons ended the hikes in June. Stop & Shop ended its pay raises earlier this month.
“The danger facing essential workers hasn’t diminished. Any job where a worker is interacting closely with the public or coworkers for an extended period of time elevates the possibility of contracting coronavirus,” said Indeed economist AnnElizabeth Konkel. 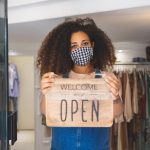 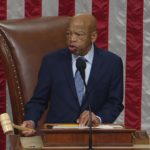