What would you do if you received rejection after rejection while on a mission to bring your dreams to life?

After Angela Marie Hutchinson struggled for over 10 years to get her screenplay Hollywood Chaos produced, she decided to raise funds and produce it herself. Then her feature film got picked up by Hulu.

“Sometimes we feel like it’s bad to quit so we keep on going,” Hutchinson says. “We keep receiving the rejection thinking that eventually a yes will come along. And that’s just not the case. Sometimes the yes will never come until you create it. You have to do something different than what you were doing before.”

Hutchinson let go of the rejections and decided to create her own entertainment empire by positioning herself as a producer, casting director, scriptwriter, and media entrepreneur. She is the founder of Break into Hollywood Studios, which helps creatives and business professionals in the entertainment industry pursue their careers. In 2006, she served as the first African American president of the Scriptwriters Network. She also served as the editor-in-chief of Hollywood & Vine Magazine and the executive director of the Hollywood & Vine Film Festival.

“When I first moved to L.A., I wanted to get my script made. I was working in the entertainment industry and I was definitely well-connected and doing the things you are supposed to be doing,” says Hutchinson, referring to networking, going to lunches, and investing in her career. “So I was doing everything right, but it still wasn’t happening for me. I could not get the movie made. I had to ask myself, ‘Are you going to keep pushing or are you going to stop and create what you want to happen?’

“Rejection is something that everyone can relate to, no matter if you are a celebrity or just out of college,” Hutchinson adds. The idea of rejection had played such a powerful role in her life that Hutchinson decided to share her message on a TEDx stage. After hearing about the speech, Hutchinson’s literary agent thought it would be a great book idea. In 2019, Hutchinson’s book, Create Your Yes!: When You Keep Hearing No (Simple Truths, $16.99) was published, providing a 12-step strategy for success.

“When you hear a no, it’s important to process that no. Why are you getting that no? What is the reason someone told you no,” says Hutchinson. “You have to change your mindset. Determine what kind of no you received and based on that information you can determine if you need to build or shift entirely to something else. In changing your mindset, you have to figure out how you can redirect the rejection you are experiencing in your life.”

Hutchinson has been recognized as a media and arts trailblazer by the Los Angeles City Council, the mayor of Los Angeles, and U.S. Congress. She continues to pave a way for others to make their mark in the entertainment industry through her coaching and guidance. “You hear the no, analyze the no, and move on,” Hutchinson advises. Her experiences show that you should never let the word “no” stop your flow, because those rejections can propel you to achieve even greater things when you are willing to create your yes. 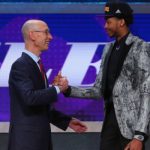 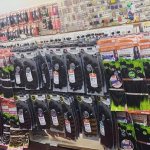